New Delhi: Iconic technology magazine Wired may launch an Indian edition by next year, according to Nicholas Coleridge, managing director of Condé Nast, UK, and vice-president of Condé Nast International.

“We’re looking at Wired, which is one of our brands, which I think will work very well here," said Coleridge, who was in India to attend the World Magazine Congress earlier this week. “We haven’t fully decided whether to do it, but Alex (Kuruvilla, managing director of Condé Nast India) is looking at it, we’re all looking at it...should happen next year sometime. We think there are a lot of more opportunities in India." 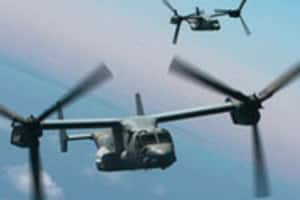 An Image from Wired

There had been reports two years ago that an Indian edition of Wired was to be launched, but nothing came of that speculation.

This is a good time for Wired to get launched, according to Coleridge, especially since India has changed rapidly in the last 10 years.

Wired has a strong chance of succeeding in the ₹ 1,800 crore Indian magazine market, which is growing at 4-6%, said Jehil Thakkar, executive director (media and entertainment) at audit and consulting firm KPMG.

What will aid this growth is the Indian consumer, who is getting increasingly technology-enabled and engaged with gadgets in day-to-day life.

“Wired is not strictly a hardcore technology magazine. It’s more about the lifestyle of technology and in that sense the connect will be niche, yet incredible," Thakkar said. Currently, there aren’t any magazines catering to this genre, he added.

Coleridge, too, subscribes to this view.

“I’m amazed at the way India has leapfrogged old technology and gone straight ahead to a new communications systems," he said. That aside, the readers of Condé Nast magazines in the last 10 years are much better travelled and richer, “everything about (the) country is changing so fast", he added.

There are those who say the magazine will need to overcome challenges in order to gain acceptance.

“If you ask me, Wired needs to be ‘unwired’. It needs to be online," said Nikhil Pahwa, editor and publisher of MediaNama, a digital news and analysis website. In his view, the audience for Wired was already online. Additionally, the magazine could find it challenging to serve the same quality of content in the Indian context.

The technology magazine segment is overcrowded, said Ashish Pherwani, senior manager (media and entertainment) at audit and consulting firm Ernst and Young. “Sure, there’s room for high quality content, but if we’re looking purely at technology titles, they’re there," he said.

Numbers are hard to come by, but Pherwani said there are anywhere between 30-40 titles.

Cyber Media India Ltd, a specialty media house, alone brings out 15 technology titles, including DataQuest, BioSpectrum and PCQuest, among others.

But Coleridge strongly believes that the Indian landscape is getting increasingly tech savvy, with even a remote village in Gujarat having a better mobile network than some developed countries.

“I get a clearer phone line from Jaipur to my office in London than from my own home there," he said.