New Delhi: In a bid to fend off a probable crackdown by the Reserve Bank of India (RBI) at a time when business almost doubled in a year, a lobby of microfinance companies has come out with voluntary guidelines, which among other things, also poses barriers to new entrants. 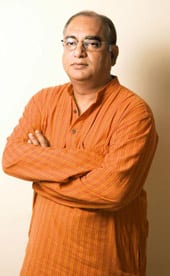 “The sector is less than 10 years old," said Vijay Mahajan, chairman of the Basix group and president of MFIN. “We are creating differentiated guidelines for orderly growth."

MFIN is made up of about 38 non-banking finance companies (NBFCs) engaged in microfinance. It includes companies such as SKS Microfinance Ltd, which plans to raise money from the capital market. Mahajan’s microfinance company Bhartiya Samruddhi Finance Ltd (BSFL) has also raised capital from private equity.

“Reputational risk is a huge risk in microfinance," said Sanjay Sinha, managing director of Micro-Credit Ratings International Ltd, a company which rates microfinance institutions for banks and other investors. He was sceptical about MFIN’s ability to enforce the code.

MFIN’s code of conduct and other measures to allow members access to credit information data have all come in the wake of fear that there is a bubble which has built up in the sector.

According to Mahajan, if NBFCs in the sector can demonstrate they can grow in an orderly fashion, it would help in raising resources from the capital market and also draw support from RBI.

“The code of conduct is an attempt to bring down the level of anxiety in policy and regulatory establishments," said N. Srinivasan, author of State of the Sector Report 2009 on microfinance. “About 18 months ago, larger institutions which have much more at stake have found the need to show they are responsible," he added, explaining the context of recent developments.

According to the sector report, in 2008-09, outstanding loans of microfinance institutions increased by 97% over the previous year to Rs11,734 crore.

The developments, however, have raised questions on whether the borrowers would really benefit.

Nachiket Mor, president of ICICI Foundation, disagreed with MFIN’s analysis of the situation. “The bigger concern is interest rates are too high," Mor said. “The cap (on value as well lenders) will result in denial of access," he added. MFI loans are often priced at more than 20% and have been a cause for concern.

Mor argued microfinance companies had done a good job in bringing about inclusion, but the fear of borrowers was irrational and, therefore, a need for caps was not supported through a rigourous study.

Some of the measures in MFIN’s code of conduct could stifle competitive forces, which are the best bet to bring down interest rates in the sector, Mor said.

Microfinance has had a skewed growth in India. Three southern states, Andhra Pradesh, Tamil Nadu and Karnataka, contributed 54% of new clients in 2009. According to Srinivasan’s sector report, the average loan outstanding per household in Andhra is already Rs49,150, which would create a kind of entry barrier for a new NBFC as MFIN’s code limits the loan to Rs50,000.

MFIN plans to enforce the code initially through persuasion and would, as the last resort, report a deviant member to RBI, he said.

A recent trigger for the activity is the delinquency incident in the Kolar area of Karnataka, where Anjuman-e-Islamia, a religious and social organization, had encouraged borrowers to default. The Kolar incident added to fears about a bubble in the sector as many of the delinquents had borrowed from more than one firm and were hard-pressed to repay.

According to Sinha, who has just completed a study on the Kolar incident, the number of lending accounts there were twice that of the number of potential borrowers. “Anything above 1.5 is a cut-off," Sinha said.

“We are nowhere near a bubble," Mahajan said. According to his estimate, the delinquency level among microfinance NBFCs is “about 1-1.5%" of the outstandings. According to RBI data, gross bad loans of commercial banks was 2.3% of gross advances at the end of 2008-09.