It is unclear if Madison’s founder and owner Sam Balsara is ready to do a deal now, though, if he does sign off, he is expected to retain a share in the agency, which says it has annual gross billings of Rs1,300 crore and has been coveted by several global advertising and media networks in the past. 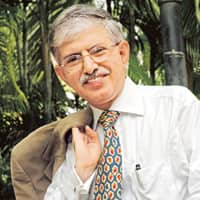 Balsara did not return telephone and email messages from Mint.

Previous attempts by potential acquirers have often stalled over valuations and it is likely similar issues could yet crop up in Mediacom’s desire to do a deal.

Complicating matters — and valuations — is the fact that one of Madison’s largest clients, the Indian arm of Procter and Gamble Co. (P&G), has put its account for review. If Madison doesn’t retain the business, a potential buyer would be looking at a significant reduction in Madison’s business.

Still, with key big spending brands such as Airtel, Coca-Cola, Cadbury, Tata Tea, McDonalds and Asian Paints, Madison is in the driver’s seat when it comes to doing a deal. It has 15 business units in businesses such as advertising, media, outdoor, public relations, and has some 500 employees in seven Indian cities.

Some media buyers estimate Madison would be valued at Rs100 crore minimum, though Mint wasn’t able to ascertain any valuation discussions between?Madison?and?Mediacom.

At least two people at Madison, neither of whom wanted to be named, said talks between Balsara and Mediacom Worldwide’s global executives, who had recently flown to Mumbai to discuss the deal, have now left the ball in Madison’s court. They add that Balsara appears to be more inclined to sell this time around.

Divya Gururaj, managing director of Mediacom, said there were no company visitors in town and said she had no comment on questions related to a potential deal.

Should Mediacom succeed in buying Madison, it would create significant synergies for WPP’s media buying agency, GroupM, which already controls around 50% of all media spending in India through its centralized media buying unit CTG —Central Trading Group.

Adding a big player such as Madison would easily take this share to more than 60%, note some ad buyers, giving GroupM even more muscle when it comes to negotiating ad purchases from media houses.

If a deal is indeed reached, it is unclear if Mediacom and Madison will be merged or remain?as?separate?brands. Merging the two could help since Mediacom and Starcom MediaVest Group share media planning for P&G India and Madison currently does media buying. While GroupM does planning and buying for P&G India’s rival, Hindustan Unilever Ltd, it is done under a separate media agency, Mindshare.

“This could be the reason why the (potential) acquisition is being done via the Mediacom route as opposed to GroupM directly acquiring it," speculates one media buyer.

A merger could help reinvigorate Mediacom in India as it saw joint presidents Jasmin Sohrabji and Harish Shriyan move to Optimum Media Direction, the media agency of the Omnicom Group, last year. In doing so, they took accounts such as Parle Agro and Johnson and Johnson with them. Mediacom still handles brands such as Sony, Pampers, Volkswagen, Edelweiss Capital, Dell and Wrigley’s chewing gum.

People familiar with past conversations involving a potential deal for Madison say that Balsara had been approached by other media networks in recent times, including the Aegis Group, which owns media agency Carat Media Services India Ltd, and Starcom MediaVest, which owns media agency Starcom Worldwide. They claim talks with Aegis and Starcom fell apart over valuations that they both saw as too high. Patrick Stahle, CEO, Aegis Media, Asia-Pacific, had previously told Mint that he had been in acquisition talks with Balsara, but had declined to elaborate.