Bangalore: More than two years after Prith Banerjee took charge of HP Labs in Palo Alto, California, to overhaul the 44-year-old research organization of the world’s largest IT company—a move initially seen by many as yet another cost-cutting measure by chief executive Mark Hurd—the 20 research labs in seven locations seem to be buzzing with activity and imminent commercial roll-outs of technology. “The idea is to extend the information and service available to 45 million Internet users to 450 million mobile phone users," says Banerjee. The service, which is currently being tested with three customers, will soon be launched with a revenue-sharing model where HP (Hewlett-Packard Co.) will seek its share just as Apple Inc. does through its AppStore.

This aligns well with HP’s gradual, strategic march up the stack—from a hardware to a software to a services company. Recently, it signed up a multi-billion dollar deal with retail giant Wal-Mart Stores Inc. for “managed print services" to handle its entire document work flow. A key technology there is from HP Labs India—trusted hard copy solution—that secures documents with two-dimensional bar codes.

But Banerjee and Sudhir Dixit, HP Labs India’s director, are placing higher bets on the “intuitive interactive multimodal" technologies that the Bangalore lab is developing that, if successful, will allow access to computing devices intuitively—via gesture, speech and touch. For the India unit, which has contributed significantly to HP’s latest range of smart touch products, Banerjee says this is the grandest project ever.

Dixit says bits of these technologies such as gesture-based command and control, gesture recognition, gesture and speech patterns are already developed and will gradually find their way into products that the parent company brings out. Ironically, one of the products from this stable, a gesture-based keyboard, which was launched in Karnataka in 2006, didn’t quite take off. Admitting its lack of public acceptance, Banerjee says: “It was not developed as a commercial product and that’s exactly the kind of research we want to avoid." Under the new regime, all research ideas are also vetted by business units so that commercialization issues are sorted out early on.

Most corporate research labs work in silos, disconnected from business realities. This disconnect was probably greater for HP Labs in the last few years when it wasn’t seen in the mainstream market as launching any breakthrough technology. Banerjee agrees. “In the last five years there’s been no breakthrough, but you will see some game changing technologies by 2016."

Digital commercial printing (DCP), which HP Labs intends to transfer by 2012 to the business group for a planned launch in 2017, is one such technology. It’s neither inkjet nor laserjet, but a completely new technology that allows custom digital printing at the cost and speed of today’s analog/offset printing. “Today, all copies of Mint in Bangalore are the same. With DCP, I can have news of some Kolkata-based companies, somebody else would want something on Nokia…we could custom print our newspaper. It could change publishing," says Banerjee. 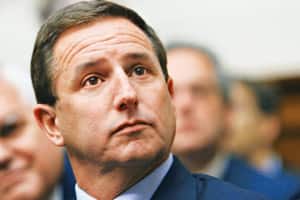 Cautious move: Hewlett-Packard chief executive Mark Hurd. HP is seeking to move from a hardware to a software to a services company. Chris Kleponis / Bloomberg

But before that it’s the new device that it is working on in India, to go with its packaged solution—device, platform, service—in the multimodal segment that could whip curiosity in the technology market. Refusing to divulge the details, Banerjee says, “We are cooking something here which will be completely amazing. It’s not iPhone, not Nexus One…we cannot give you more details at this point."

Banerjee doesn’t want Google Inc. to get a whiff of it. After all, lagging behind nimble technology movers such as Google is what HP is internally battling with. “That’s our charter from Mark Hurd—not to do incremental things for business units, but to move into new areas. We have identified eight of them, some will succeed, and some won’t."