Does a 20% cut in healthcare spending hurt India?

Although that's a significant cutback in allocation for a country with poor health indicators, it remains to be seen if its effect will be felt proportionately

The government slashed its 2014-15 budgetary allocation for health by about 20%, Reuters reported on Tuesday, citing unnamed health ministry officials.

Although that’s a significant cutback in allocation for a country with poor health indicators, it remains to be seen if its effect on the ground will be felt proportionately, because actual health spending in the past three years actually fell short of budgetary allocation—overall and in each of the four departments under which health governance in India is organized at the top.

Yet, given that India is a low-income country and has an abysmal healthcare system, the case remains for higher public spending on health, accompanied by full utilization of allocations and better outcomes.

Although health budgets are under-utilized at the overall level… …as well as in each of the four health departments… 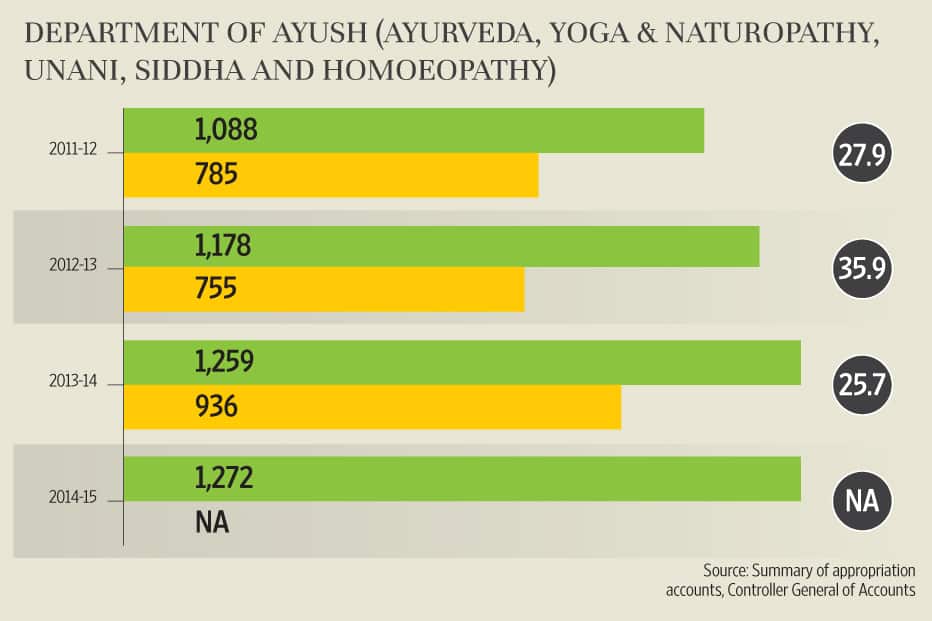 …there remains a case for higher public spending in health, and better outcomes