Can an ibuprofen a day keep Parkinson&#8217;s away?

Can an ibuprofen a day keep Parkinson’s away?

Bangallore: After the popular pain reliever aspirin proved a few decades ago that it could reduce heart attack and stroke risks, over-the-counter painkillers have become a hunting ground for researchers hoping to identify their beneficial role in other diseases. A new study released on Wednesday shows ibuprofen could reduce the risk of developing Parkinson’s disease.

The study, which will be presented at the American Academy of Neurology’s 62nd annual meeting in Toronto, Canada, on 10 April, involved 136,474 people who did not have Parkinson’s disease (PD) when the research began. After six years, the study found regular users of ibuprofen were 40% less likely to develop PD than people who didn’t take it. The results were the same regardless of age, smoking and caffeine intake. 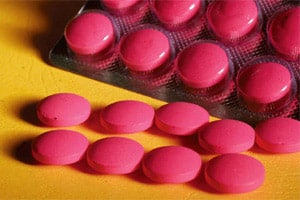 It was in 2003 that the research group, led by Xiang Gao of Harvard School of Public Health in Boston, showed that the use of non-aspirin NSAIDs (non-steroidal anti-inflammatory drugs, or analgesics), was associated with a lower risk of PD. Later the group reported that of all NSAIDs, including aspirin and acetaminophen (brand name: Tylenol, Paracetamol), only ibuprofen, was significantly related to a lower PD risk, Gao said in an email.

Since this was an observational study, further studies are needed. “We are going to examine the association between ibuprofen and PD in other populations. It is also of interest to look at if ibuprofen is associated with a slow disease progression among PD patients," said Gao.

In Gao’s study, three or more tablets per week appear to be beneficial for PD. However, experts warn that any clinical study will have to closely watch for adverse effects since a similar study with another NSAID, rofecoxib (brand name: Vioxx), for slowing dementia in Alzheimer’s disease showed side effects.

Parkinson’s is a neurodegenerative disease earlier believed to affect the elderly, but now seems to be striking Indians in their 40s and 50s, according to neurologists at the All India Institute of Medical Sciences in New Delhi.

Moreover, new studies show even chemical pollution can cause Parkinson’s. In a population-based study by the Parkinson’s Institute in Sunnyvale, California—also to be presented in Toronto—researchers showed that workers exposed to trichloroethylene, an industrial solvent used for cleaning grease off metal parts, have significantly higher risk of developing PD.