The exchange can start trading in equities, equity derivatives and other asset classes like its rivals BSE and the NSE

MCX-SX, promoted by Multi Commodity Exchange of India Ltd (MCX) and Financial Technologies (India) Ltd (FTIL), has been cleared to become a full-fledged stock exchange by the Securities and Exchange Board of India (Sebi), the exchange said in a release on Tuesday.

The exchange can start trading in equities, equity derivatives and other asset classes like its rivals BSE and the National Stock Exchange (NSE). 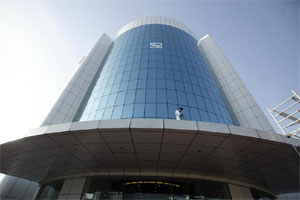 Sebi’s approval, the exchange said, was based on MCX-SX’s submissions and the undertakings by the promoters of MCX-SX. Accordingly, the shareholding of MCX and FTIL in the equity share capital of MCX-SX will be reduced to 5% or lower within 18 months.

Also, MCX and FTIL will have to reduce their entitlement to equity or rights over equity arising from instruments such as warrants in excess of the shareholding within a period of three years. This is in line with the recent amendments made in the so-called manner of increasing and maintaining public shareholding (Mimps) rules.

In April, Sebi had broadly cleared the recommendations made by the Bimal Jalan committee, amending the rules for market infrastructure institutions (MIIs), including stock exchanges. MCX-SX was able to comply with the amended rules and secure approval for equity trading.

MCX-SX said Sebi’s approval is subject to the condition that the combined voting rights of FTIL and MCX in MCX-SX will not exceed 5% of the equity capital of MCX-SX at any point of time.

Jignesh Shah, vice-chairman of MCX-SX, said, “We are thankful to the regulator and policymakers for effecting calibrated reforms that will foster a pro-competitive environment in India’s exchange industry. The new regulations have provided the much-needed level playing field. Allowing listing for stock exchanges will spur a transparent policy regime and encourage investments for market development and investor education."

Having started operations in 2008, MCX-SX’s average daily turnover rose to ₹ 12,927.83 crore in June from Rs355 crore during its first month of operations.

In 2010, Sebi had found MCX-SX non-compliant with ownership norms. It objected to the manner in which MCX and FTIL pared their stakes in the exchange by issuing warrants to banks and financial institutions, and found them acting in concert. MCX-SX filed a writ petition against the order. The Bombay high court has reserved its judgement on the case.

Sebi had said the promoters held stakes of roughly 72%, including economic interest, but MCX-SX had argued the two held just 5% each and the rest of the shareholding vests with banks and other financial institutions who own the warrants.

The promoters of the exchange—MCX and FTIL, which originally held 51% and 49%, respectively—lowered their shareholding by divesting 16% to financial institutions and later issuing warrants to the extent that they held 5% each.

While battling Sebi in the Bombay high court during the final hearing in November last year, MCX and FTIL had pledged to restrict their combined holding in the bourse to 5% and agreed to give an undertaking to this effect.

Subsequently, the matter moved to the Supreme Court, and in April, Sebi agreed to reconsider the bourse’s application for equity trading after making necessary amendments to the existing rules within three months. The new rules for MIIs were issued subsequently.

The new rules allowed MCX-SX to acquire a licence for equity and equity derivatives trading without needing to make changes in the shareholding pattern immediately.

The new rules will require the exchange’s public holding to be at least 51% in the form of equity, but a window of three years will be given to the promoters of the exchange to enhance the public shareholding.

Under Sebi norms, no Indian entity—except for certain financial institutions such as banks and insurance companies—can hold more than 5% of a stock exchange.