Mumbai: Bollywood actors and directors could become a staple of Hollywood movies, amid a move by leading talent agencies to forge divisions dedicated to recruiting talent from India.

William Morris Agency and Creative Artists Agency (CAA), the world’s biggest talent agency which recently signed actor Freida Pinto to its books, are looking to bring on board fresh Indian talent to cast in Hollywood films and to work with on co-productions. 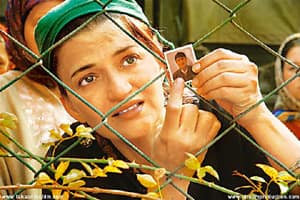 Big picture: A shot from IDream Production’s ’Tahaan’, which saw international sales spike months after its release in India in September.

“The interest has been building to where we are now, and it is just set to continue," said Christina Marouda, director of the Indian Film Festival of Los Angeles, which closed this weekend. “There is definitely a lot of interest in representing talent, with all the big talent agencies, including William Morris, CAA and International Creative Management (ICM), arranging meetings around the festivals. CAA is even forming a group to look at Indian talent specifically."

In addition, Hollywood studios are increasingly expressing interest in buying the re-make rights to Indian films, where they think the stories might translate well to an American or global audience, but which require a Hollywood gloss, says Marouda.

“Although it is still tough at the moment for Indian films to get picked up here and the window for distribution is more narrow because of the current market conditions, there is interest in the remake rights for stories that might not necessarily be picked up. There is also interest in co-productions, in bringing talent to America and incorporating it into projects here."

In addition to signing on Pinto, CAA made its mark in Bollywood last year when it brokered Reliance Big Entertainment Pvt. Ltd’s deal with a series of US production houses, including the ones helmed by George Clooney and Brad Pitt. Meanwhile, ICM has signed up to represent Nikhil Advani, the director of Chandni Chowk to China, as well as actor Anil Kapoor, who is due to appear on the upcoming eighth season of Fox’s drama 24.

William Morris Agency, which last week agreed to merge with Endeavour, the agency co-founded by Ariel Emanuel, brother of White House chief of staff Rahm Emanuel—narrowing the gap with industry leader CAA—is also in the process of setting up an India-focused unit, according to a person familiar with developments.

“All the global companies are looking more international today," said the person. “William Morris is also among the agencies building a presence in this area."

Signing up and casting Indian talent helps to open up the market for Hollywood films in India, (while tapping into global interest in Indian cinema and actors) explains Kamal Punwani, director of Carving Dreams, the Mumbai-based talent agency.

“The agencies are looking for talent they can represent globally; and as opposed to coming to India and setting up operations here, they are looking to represent talent in markets where they have a strong foothold," says Punwani. “It opens up the Indian market and now more than ever, global audiences are interested in content from different geographies and cultures. The agencies are also looking at India as a source for business opportunities apart from talent such as representing Indian media and entertainment companies in their collaborative initiatives with the West."

William Morris Agency, ICM and CAA all declined to comment.

The impact of Slumdog Millionaire, which swept the boards at the Academy Awards earlier this year with wins in eight categories, despite having to scramble for a distributor at the eleventh hour, has also been credited with opening up new markets abroad for Indian cinema.

Japan, Taiwan and Iran are all emerging as potential takers of independent Indian cinema, according to Rohit Sharma, head of marketing at IDream Production, the production house that sells independent films from India to different territories. Global ripple: A still from the Oscar-winning movie ’Slumdog Millionaire’ based on Mumbai’s slum children.

Among the films that have benefited from the fillip in recent months is Santosh Sivan’s Tahaan, a fable-like story of an eight-year-old, his pet donkey, and quest to find his real purpose in the world.

Sharma adds: “We are anticipating a big spike in sales of Indian content in the next three months, and I think deals will be done at Cannes. Also, we are getting a different range of buyers now. In addition to the medium-sized buyers looking for films for video and television, we are also getting interest from mainstream buyers who want films for theatrical releases. There are a couple of those deals in the pipeline at the moment."

A further development is the emergent trend for foreign production houses to sign co-production deals with Indian film-makers, which then provide the film with a financial, sales and distribution platform once it is complete, according to Sunil Doshi, director of NDTV Lumiere, who lists Mani Kaul, Rajan Khosa and Amit Kumar among the film-makers who have a project at the scripting stage, and are in in talks with French, German and British production houses over production deals.

“There has been a paradigm shift in the mindset of the West when it comes to Indian cinema," said Doshi, explaining the interest.

“It is driven by interest in Indian literature, for instance Slumdog Millionaire was based on Vikas Swarup’s Q&A and Mira Nair’s Namesake was based on the book by Jhumpa Lahiri."

The interest in Indian independent cinema has also benefited Quick Gun Murugan, a spoof film directed by Shashank Ghosh, about a South Indian karmic cowboy whose duty it is to protect cows. Produced by Phat Phish, the film will be distributed domestically by Foxstar Studios, the production house behind Slumdog Millionaire, and has been picked up for international distribution by MonteCristo International, a New York-based sales agent.

“Buyers are wearing multiple hats," explains Sanjay Battacharjee, chief executive of Phat Phish, which is also behind the Farhan Akhtar-starring film The Fakir of Venice that opened the Indian Film Festival of Los Angeles last week.