2007 marked a new era for the world economy

2007 marked a new era for the world economy

Five years ago, on 9 August 2007, credit markets in most Western economies froze in panic after BNP Paribas halted withdrawals from three hedge funds that had invested in mortgage debt. That was the first tremor in an earthquake that ripped through the global economy over the next few months, culminating in the collapse of investment bank Lehman Brothers in September 2008, an event that led to dislocations not seen since the Great Depression. 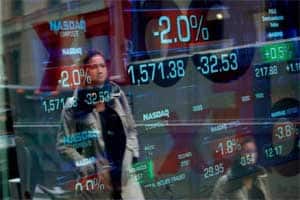 The global economy is not in good shape despite massive policy interventions by governments across the world, including massive money creation as well as fiscal stimulus on a scale that has wrecked the finances of some nations. Look around: the US is limping, Europe is in the midst of what can only be described as an existential crisis, China is slowing down at an alarming rate, Japan continues to stumble along and India faces a mild form of stagflation.

The countries of the emerging world at first believed that they were insulated, till the myth of decoupling was shattered. The chief economist of the International Monetary Fund indicated in a recent interview that emerging markets would find it difficult in the second decade to match their sterling performance in the first decade. “Emerging market countries had a great decade and it may well be that their potential growth rate is really lower than the actual growth rate was, and maybe even their potential growth rate was before," Olivier Blanchard told The Wall Street Journal.

What went wrong? Raghuram Rajan, who asked an audience of economists and policymakers in 2005 whether financial development has made the world riskier, a question that was met with ridicule, has explained in Fault Lines, one of the finest books to come out of the crisis, that the roots of the crisis are indeed political. A simplified version of his argument is as follows. Western leaders reacted to growing inequality by encouraging low interest rates that created appreciating assets (especially housing) for those whose incomes were stagnating. That set off the boom in subprime lending. Bankers bundled these loans into securities, arguing that the risk of the bundle would be lower than the risk of the individual subprime loans. Credit rating agencies helped, by giving these bundles their best ratings, thus encouraging investors around the world to lap them up as well as the derivatives that were built on these subprime loans.

However, it seems likely that the world economy entered a new era in 2007. It is now clear that the last leg of the global boom that began around 1982 was built on the weak foundations of too much debt taken on at the end of a massive credit bubble. Economists Carmen Reinhart and Kenneth Rogoff have shown in their research that recessions following a financial crisis tend to be protracted affairs, unlike the garden variety of recession which has its roots in a reduction in private demand.

Five years on, their analysis seems bang on target.