New Delhi: A member of India’s pre-eminent political family and the wife of India’s richest man and a businesswoman in her own right will join two high-powered woman politicians as the new brand ambassadors of the adult literacy programme if the human resource development ministry puts its plan into action.

According to the blueprint prepared by the ministry earlier this week, Priyanka Vadra, daughter of Congress president Sonia Gandhi; Nita Ambani, wife of Reliance Industries Ltd chairman Mukesh Ambani and co-owner of Mumbai Indians; Supriya Sule, member of Parliament (MP) and daughter of agriculture minister Sharad Pawar; and M. Kanimozhi, MP and daughter of Tamil Nadu chief minister M. Karunanidhi; will be approached for key roles in “Saakshar Bharat", which will have a specific focus on women. All of them said they have not been approached directly so far. 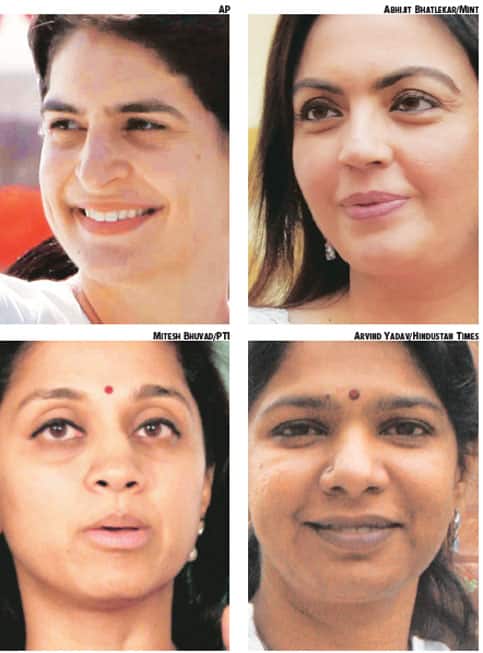 The plan reviewed by Mint says they would be requested to campaign for the mission, which was launched in September by Prime Minister Manmohan Singh. The names of the mission’s ambassadors are likely to be announced on 8 September, International Literacy Day.

Saakshar Bharat, aims to make 70 million adults (60 million being women) literate in three years and will be implemented in 365 of the country’s 619 districts. While India’s average overall literacy rate is 65.3%, for females it’s 54.28%. In the targeted districts, female literacy is less than 50%. The scheme has already been rolled out in 167 districts in the first week of April and is expected to cost Rs6,000 crore.

Admitting that she hadn’t been informed yet about the ministry’s plan, Sule, an MP from Madha, Maharashtra, said: “I am willing to take up the job. Education is close to my heart and if I can bring some positive change to the adult literacy mission of the country, then I am open to it. It will be a satisfying job."

While Kanimozhi, a Rajya Sabha MP, said she would respond when an official request is made, Vadra’s office said it did not have any intimation either. Nita Ambani’s office declined to comment. However, the ministry appears to be optimistic.

“We have zeroed in on these icons because we believe that this scheme will be successful if individuals who have sufficiently high profile as well as are committed to the cause are nominated as Saakshar ambassadors," said a senior ministry official requesting anonymity. The official also said that the ministry wants Ambani and Vadra to be ambassadors at the national level, others will be approached to be goodwill ambassadors at the state level. Some sports personalities will also be roped in later.

They will be expected to pro-actively participate in mass mobilization, undertake visits to some villages to influence teachers and learners, and help motivate private firms to contribute to the programme under their corporate social responsibility schemes. The ministry note points out that Ambani can be “very effective in promoting the private sector initiative and mobilization of resources" for the adult literacy mission.

“Priyanka (Vadra) is a trustee of the Rajiv Gandhi Foundation (a not-for-profit organization) and has a mass appeal. She is a symbol of empowered women, but we have to ascertain her interest in accepting the offer. We hope she says yes to the cause of education," said the official.