Tata Motors&#8217; Ravi Kant may get an extension

Tata Motors’ Ravi Kant may get an extension

New Delhi: Tata Motors Ltd’s managing director Ravi Kant, who is set to retire on 1 June when he turns 65, may be given an extension by the company, said two people.

The firm is preparing to release booking numbers for the Nano, and will then focus on working towards starting the delivery of the small, inexpensive car. 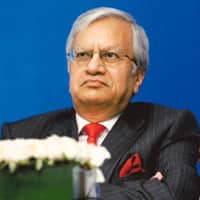 The company has been searching for Kant’s successor for a few months. But there is as yet no certainty on who that person will be.

In the absence of a clear alternative, two industry executives with knowledge of the situation say it’s highly likely that the board, which meets in May to approve Tata Motors’ annual results, will give Kant an extension. The executives didn’t want to be named.

The company has not yet set a date for the board meeting, according to its spokesperson, who didn’t want to comment on the issue of succession.

The group has extended the retirement age for executives in the past. Ratan Tata, chairman of Tata Sons Ltd, the holding company for the group, will retire when he turns 75 in 2012. Now 71, he was supposed to have retired when he turned 70.

Other contenders include Kant’s deputies Prakash M. Telang, 61, executive director for the commercial vehicles business, and Rajiv Dube, 47, president of the passenger car division, which makes the Indica and the Nano models.

Another name doing the rounds is David Smith, 48, chief executive of Jaguar Land Rover, or JLR.

Smith, who took the top job at JLR in June, is a dark horse, and observers believe his candidacy is a long shot.

Bookings for the Rs1 lakh small car, billed as the world’s cheapest, started on 9 April and closed on 25 April. Tata Motors plans to announce order numbers in a few days, according to a company spokesperson.?The firm has said it will run a lottery within 60 days of the close of bookings to announce the first 100,000 allotments.

In January 1999, Tata Motors, then known as Tata Engineering and Locomotive Co. Ltd, or Telco, received 115,238 orders for the Indica, its first passenger car.

Tata Motors has been buffeted by the slowdown in vehicle sales and the acquisition of JLR. Commercial vehicle sales fell off a cliff in the second half of last fiscal. As a result, the company sold 233,843 trucks and buses in the last fiscal, 22% less than the year before. A Mint poll of analysts on 20 April estimated net profit for the fiscal at Rs412.6 crore, a decline of 79.6%.

June is also when the bridge loans the company took for the purchase of JLR come up for repayment. Tata Motors had paid $3 billion (Rs15,142 crore now) for the maker of marquee cars, which included a $700 million working capital loan. It has repaid $1 billion from the proceeds of a rights issue and has to settle the residual $2 billion in June. The firm aims to sell $745 million of bonds in May to close a bridge loan, three bankers with knowledge of the deal said on Tuesday.

The bonds will be guaranteed by top lender State Bank of India, to help Tata Motors tide over rating downgrades, the bankers said.

A spokesman for Tata Motors, India’s leading truck and bus maker, declined to comment on the plans.

Tata Motors is also collecting deposits from the public. The firm, which has so far raised Rs2,000 crore in deposits, had also lowered interest rates on the same to 10% from 11% earlier.