South Sudan, created in July 2011, owns 85% of undivided Sudan’s hydrocarbon resources, but the North, known only as Sudan, has all the refining infrastructure. 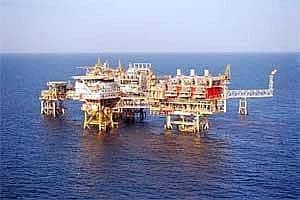 “We are in talks with South Sudan for developing their hydrocarbon infrastructure. This involves the entire value chain and even refining facilities," a senior ONGC executive said, requesting anonymity.

India’s ONGC is in talks to build refining infrastructure in South Sudan. But Mint’s Utpal Bhaskar says that with other countries also eyeing the opportunity, India will face stiff competition

Expanding ONGC’s operations in the undivided nation in May 2004, OVL acquired a 24.13% stake in Block 5A and a 23.5% stake in Block 5B operated by White Nile Petroleum Operating Co. Ltd from Austria’s OMV Aktiengesellschaft for $134 million.

Sudan has been demanding a fee of $36 per barrel for allowing South Sudan use of its infrastructure, which the latter says is unjustified.

“They (Sudan) want us to pay around $36 per barrel for using their infrastructure. Of this, around $6 per barrel has been asked as transit fees. This is criminal," said a South Sudan official, who confirmed the development, but declined to be identified.

Oil accounts for about 98% of South Sudan’s revenue, with output of around 350,000 barrels per day. India on its part has made rapid strides in refining. The country has a refining capacity of 194 million tonnes per annum (mtpa), the fifth largest globally and accounting for 4% of the world’s total refining capacity. This is likely to reach 238 mtpa by 2013.

D.K. Sarraf, managing director of OVL, said he was unaware of the development. A government official confirmed the talks with South Sudan.

The Indian effort also comes at a time when South Sudan is revisiting all production-sharing contracts signed by the government of undivided Sudan.

With India importing more than 80% of its energy needs, state-owned firms have been scouting overseas for securing assets and have invested ₹ 64,832.35 crore in the effort. This push has pitted the country against China in a geopolitical race to sew up as much of the world’s resources as it can.

China and India will be the world’s largest and third largest economies and energy consumers by 2030, jointly accounting for about 35% of the global population, gross domestic product and energy demand, according to the BP Energy Outlook 2030.

OVL is the only company among Indian state-owned firms with producing assets overseas. It has a presence in 15 countries through participation in 33 projects and has proven balance of oil and gas reserves of 202.908 mt. The company produced 9 mt last fiscal, and plans to secure 20 mt equivalent of oil and gas by 2018, and 35 mt by 2030. But while its producing properties in Sudan have been affected by South Sudan’s decision to cap wells, the ones in Sakhalin and Syria are in decline.

India is the world’s fourth largest oil importer after the US, China and Japan. According to the oil ministry, India’s energy demand is expected to more than double by 2035, from less than 700 mt of oil equivalent today to around 1.5 billion tonnes.