Critics are wrong when they say poverty has not declined. However, they are right, unknowingly though, when they say that the Planning Commission has not been entirely forthcoming about how it arrived at the poverty estimates it put out last week.

The commission seems to have quietly tweaked the consumption data for 2009-10 used to estimate poverty. Hence, not only has it undercounted the poor in 2009-10 by some 18 million, it has also made it difficult to compare the poverty numbers with previous years—unless they too are adjusted similarly. 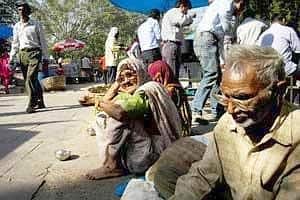 Not only is the reputation of the foremost economist on poverty, who is now deceased, being unfairly tarnished, the country is also being denied an opportunity to engage in a healthy debate on poverty—one that could eventually throw up solutions to resolve this vexing problem and achieve a balance between growth and inclusion. 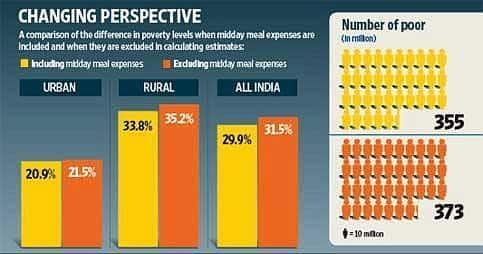 Thus far, the National Sample Survey Office has not included this item of expenditure in any of the previous quinquennial consumption surveys, including the 1993-94 and 2004-05 surveys.

The inclusion of such items as private household expenditure, which is provided by the government, may itself be controversial. It raises questions on whether other benefits that the households receive, such as free text books, school uniforms, subsidized food and so on (cooking gas, colour TVs and laptops in some states) should also be included as part of private expenditure by households.

While clarity on these issues is awaited, it is apparent that the inclusion of imputed MDM expenditure and other cooked meals accruing from the state exchequer does reduce measured poverty. While the expenditure may be a small component of total expenditure of households, it does have significant impact on poverty estimates because most of this consumption is by the poor households that send their children to government schools.

This was known to the Plan panel, and the best way to take care of this problem of comparability was to calculate poverty estimates on consumption expenditure comparable to 2004-05 by excluding this item of expenditure.

The obvious conclusion is that critics are wrong when they say poverty did not decline. But, they are right when they say that the commission has overestimated the reduction in poverty numbers.

Going by what should have been the correct estimate, the total number of poor in the country in 2009-10 was 373 million—18 million more than the reported estimate of 355 million for the country as a whole. In other words, the number of poor people declined not by 52 million as reported by the Planning Commission, but by 34 million.

While the Planning Commission may have earned kudos by showing 50% higher poverty reduction by using non-comparable estimates of consumption expenditure, it has vitiated the math of poverty estimates, making it difficult to compare estimates of poverty over the years.

This impacts both the all-India estimates and the estimates in individual states, especially some southern ones that have an effective MDM programme, and have, going by the Planning Commission methodology, ended up with fewer poor.

This is surprising because the Planning Commission has repeatedly argued that the only purpose of these poverty estimates is to understand what factors work for poverty reduction and evaluate macro policies in terms of their efficacy in reducing poverty.

Consequently, the least that was expected was an honest reporting of facts to facilitate such an exercise, rather than the use of inflated estimates to show higher poverty reduction.

Still, the inclusion of MDM expenditure in household consumption, while not correct, has provided ample evidence of the significant impact of such minimal interventions (MDM expenses aggregated less than ₹ 10,000 crore in 2009-10) have on poverty reduction. The debate on poverty estimates should focus on how and what spending works and not only on the number of the poor.

Since the estimates have been released recently and are still being debated in the public domain, this columnist hopes the Planning Commission will rectify the anomaly, beginning with a clarification. A failure to do so will affect the direction the debate on poverty will take and allow rhetoric to dominate reason, which will not help the cause of the much larger and the much more important fight against poverty.