New Delhi: Should we conduct an SMS poll to decide whether we should hang (Mohammed Ajmal) Kasab?" city-based lawyer Trideep Pais asks rhetorically.

He was reacting to a Mumbai-based lawyer group passing a resolution that forbids members from representing the only surviving member of the terrorist group involved in the Mumbai attack on 26 November. Pais’ argument is simple: Every criminal has the right to be represented in court. But lawyers such as Pais who represent alleged terrorist groups or terror suspects face social ostracism and political harassment.

This must change, they say.

Pais and others who have represented terror suspects say that with the rise of terrorism and the strong public sentiment against it, situations such as Kasab being boycotted by lawyers will test India’s criminal justice system.

“Criminal justice in our country has to reach a point where no one is denied his right to be represented. And when I say I am representing a terrorist, one will merely gasp—but that’s all. There should be no value judgement on whom the lawyer is representing," says Pais.

According to Suraj Narain Prasad Sinha, chairman of the Bar Council of India, such resolutions by lawyer groups are “unethical" since they are not in the “spirit of the law".

“As per the Indian Constitution and criminal laws, an accused is innocent until proven guilty in court, and the presumption is that he should not be condemned unless he is convicted," Sinha says. “A lawyer could personally decry such acts but all legal assistance must be given." 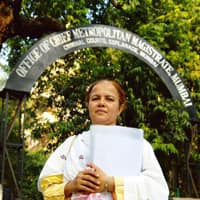 To be sure, not every lawyer buys that argument.

Says Rohini Wagh, president of BMMCBA, “They (terror suspects) must not be defended. Besides the human right of a terrorist, we (also) have to look at the human rights of the innocent victims as well."

In 2006, Pais represented the Students Islamic Movement of India (SIMI) in a litigation challenging a ban on the group before a special tribunal constituted to hear the lawsuit.

The Union government first banned SIMI in 2001 under the Unlawful Activities (Prevention) Act, 1967, after the 11 September attack on the World Trade Center in New York. The Act mandated the ban be reviewed after two years.

He recalls how his friends used to jokingly ask him if his fees came from Pakistan. “It is fun to joke but everyone in the country must understand that every criminal has the right to be represented by a lawyer in court," Pais maintains.

Similarly, Mumbai-based Farhana Shah, who has represented 80 people accused in the 1993 Mumbai blasts, says, “It is my duty to represent an accused person who approaches me. If he is guilty or not, the court will decide."

On 12 March 1993, a series of bomb explosions across Mumbai left nearly 250 people dead and hundreds injured.

According to Shah, lawyer groups or bar associations in the country must not unilaterally and unanimously pass such resolutions boycotting terror suspects. “Each lawyer must speak for himself. It is every individual lawyer’s decision whether he wants to take up a particular case or not," she says.

Shah says that during the 14 years she handled the lawsuit, she has received death threats but didn’t give up the fight for her clients. She says she is reconciled to the fact that “it is part and parcel" of her job as a criminal lawyer.

Shah is currently representing a suspect in the Mumbai train blasts of 11 July 2006, besides a suspect in a litigation related to terrorist group Indian Mujahideen’s involvement in serial blasts across India this year. Nearly 200 people were killed in seven bomb blasts in suburban trains.

Nandita Haksar, counsel on the defence team for S.A.R. Geelani, the Delhi University lecturer who was acquitted in the 2001 Parliament attack lawsuit, says human rights are “not dispensable in the name of national security".

In December 2001, Geelani was sentenced to death by a Delhi trial court. Some two years later, he was acquitted by the Delhi high court and the Supreme Court upheld its decision in August 2005.

In February 2005, Geelani was shot at by unidentified men outside Haksar’s Vasant Enclave, Delhi, residence. She rushed him to the All India Institute of Medical Sciences where he was operated upon for serious injuries. Geelani survived.

Since that shootout, Haksar says she has been boycotted in her neighbourhood. “Our neighbours do not talk to us... they are afraid."

In some instances, lawyers who have defended terror suspects in India even had to seek state protection to deal with political harassment.

All India Defence Committee for S.A.R. Geelani, a campaign set up to protect Geelani, moved the Supreme Court to seek state protection for its lawyer Ram Jethmalani, who argued Geelani’s appeal in the Delhi high court and Supreme Court, after his Mumbai office was attacked by the pro-Hindu outfit Shiv Sena in 2003, says Pais.

“He (Jethmalani) had to hire another lawyer to file a petition in the Supreme Court in 2003 for protection.Why do we need a parallel mechanism to protect the person who is defending the accused? Where will it end? Will you beat up Jethmalani’s lawyer, too?" Pais asks.

Pais claims lawyers representing terror suspects are also monitored by state agencies. “They keep track of your movements. I remember when I went to Indore (in Madhya Pradesh) for a cross-examination in the SIMI case, at the hotel where I stayed, I was made to note down more details in the guest registry than necessary. They also posted an officer at the reception. Additional details of guests who visited me in the hotel were also taken down."

All this, according to him, thwarted his efforts to get local assistance while fighting the lawsuit. Pais lost the case and the ban on SIMI was confirmed in 2006.

Lawyer Jawahar Raja represented SIMI in 2008 when the ban came up for reconsideration, as mandated by law, and succeeded in convincing the court to lift the ban in early August. The Union government approached the Supreme Court, which has stayed the lifting of the ban.

Raja, however, has a different story to tell: “While there has unfortunately been a knee-jerk reaction by some of the bar associations passing resolutions that they will not represent those accused of being members of terrorist groups, the Delhi high court bar association has not passed any such resolution. I have never faced any adverse reaction from my colleagues in the profession. I had been (however) warned that I might be monitored by the state."

He points out that in April, SIMI leader Safdar Nagori’s lawyer was beaten up in a court in Dhar, Madhya Pradesh.

According to Pais, prejudice against lawyers who represent terror suspects is prevalent more among lawyers in lower courts and has not percolated into the system at the Supreme Court level.

Raja says while there is a possibility of lawyers representing terror suspects being “typecast", he is “not particularly worried" since the legal profession demands lawyers represent persons and causes irrespective of popular perception of the legitimacy of the person or the cause.

India’s Criminal Procedure Code, 1978, allows courts to appoint a lawyer to take up the case of an individual who is unable to get legal representation.

Referring to the death sentence awarded to Mohammad Afzal, who was convicted in the 2001 Parliament attack litigation, Haksar says, “He had no lawyer in the lower court. Even six-seven amicus curiae (lawyers appointed by the court to assist it) refused."

Some lawyers say they are reluctant to represent terror suspects because they do not want to take on the establishment.

Admits a Supreme Court advocate who has represented a terror suspect in the past, “It’s not just to do with the failure of the criminal justice. There are other factors involved like anti-nationalist sentiment."

“Everything in court is so pro-establishment. I don’t want to take up such cases because I do not want to be branded as a lawyer who takes up such cases alone," she says on condition of anonymity. “Also, I have no love lost for these people (terror suspects). You could say my decision is a tactical career move."