The lender, a bellwether of demand for consumer credit that serves as a measure of confidence in the economy, posted a profit of Rs671.25 crore in the three months ended December, compared with Rs546.83 crore a year earlier. 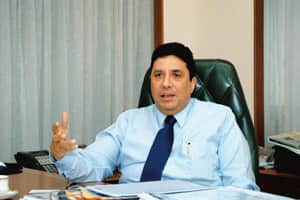 “Individual spending confidence is coming back," he added. “We have seen growth in approvals and disbursements for the quarter, and the growth comes from across the country."

Faster economic growth is boosting consumer confidence and demand for loans from individuals after a year-long downturn that depressed purchases of apartments and houses and led to a slump in property prices.

The economy grew 7.9% in the three months ended September, the fastest pace in five quarters, and is forecast by the government to expand 7.75% in the year to March.

Two measures that are closely watched by analysts improved.

The ratio of non-performing loans, or loans on which no principal or interest is paid for at least 90 days, fell to 0.94% from 1.01%. Provisions for contingencies for the quarter ended 31 December stood at Rs684.17 crore, equivalent to 0.75% of the portfolio.

“No surprises in the results; the loan growth is in line with expectations," said a banking analyst with a domestic brokerage, who did not want to be named because he is not authorized to speak to the media. “The high provisioning numbers—one should not read too much into it. They are just being prudent."

To attract customers, the housing finance company has introduced a new home loan scheme. HDFC is offering a 20-year loan of Rs30 lakh at a fixed rate of 8.25% until 31 March 2012 to new customers who apply for a loan by 31 January.

Axis Bank Ltd, the country’s third largest private sector bank, is offering loans of up to 25 years at a fixed rate of 8.25% for the first two years. From the third year, a floating rate based on a benchmark called the mortgage reference rate will kick in.

State Bank of India, the country’s largest bank, launched a scheme last year offering home loans at 8%, receiving an encouraging response from customers. The bank has extended the scheme until 31 March.

ICICI Bank Ltd, the largest private sector bank, has introduced a home loan product at a fixed rate of 8.25% for the first two years, after which floating rates will apply.