In February 2011, when finance minister Pranab Mukherjee presented the last budget, wholesale price inflation was perilously close to double digits—in fact, it crossed 10% in each of the four following months—and interest rates were rising.

The Reserve Bank of India’s (RBI’s) policy rate was 6.5% in February 2011 and it rose to 8.5% by October. Against that backdrop, Mukherjee wanted to give a big push to growth, but his gamble did not pay off. Frankly, it’s not a surprise that the targets were missed. Mukherjee’s budget document lacked credibility, containing too many holes even at the time of its presentation. Had he stuck to the lower borrowing plan, the government’s debt-to-GDP ratio would have come down from 52.5% to 44.2%. The budget could not explain where the money would come from to assume such a low level of borrowing. It set aside less money than what would have been required, or underprovided, for oil, fertilizer and food subsidies. On top of that, the money the budget envisaged raising from selling telecom spectrum did not materialize, and instead of ₹ 40,000 crore only about ₹ 14,000 crore could be raised through share sales in government undertakings, that too after arm-twisting Life Insurance Corporation of India. 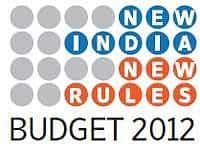 With state polls behind us and the next general election two years away, this budget would have given an opportunity to Mukherjee to be bold had the poll results strengthened the ruling United Progressive Alliance. Since that has not been the case, Mukherjee will find it difficult the play the reform card and push the proposed direct taxes code and the goods and services tax. Still, nothing can prevent him from expanding the scope of the service tax, raising excise duty and taking a hard look at subsidies. Increasing diesel and kerosene prices and fast-tracking the proposed subsidy distribution process to prevent leakages will do a world of good.

Instead of doing these, if he plays the old game—passing the ball to the central bank’s court—and banks on monetary policy measures to boost growth, he will be making the same mistake. Setting out optimistic projections for growth and fiscal deficit based on logic-defying assumptions are no good because they hurt the government’s credibility. If he does not care about fiscal consolidation and RBI honours its commitment to reverse the interest rate cycle, the combination of loose fiscal and monetary policies will bring back inflation (high oil prices and a rally in global commodity prices will fuel it and there is no guarantee that the local currency will not come under pressure). High and persistent inflation creates a vicious cycle—eroding the value of savings, raising capital costs and coming in the way of investment decisions. Indeed, the annual budget ritual is the collective obsession of 1.2 billion Indians, but Mukherjee is no Aladdin with a magic lamp that will do his bidding.

Railways was introduced in India in 1853 and its first independent budget was presented in 1925. This was done on the recommendations of the East India Railway Committee, chaired by Sir William Acworth, in 1920. The committee pointed to the need for a unified management of the entire railway system. In 1924, a year ahead of its first budget, railway finances were separated from general finances in the general budget.

Indeed, Indian Railways is the world’s fourth largest railway network after counterparts in the US, Russia and China, and the second largest employer, but why does it need to have a separate budget unless the government is happy offering it as a tool to railway ministers to pamper their constituencies? Railway minister Dinesh Trivedi is well aware of the financial mess that his predecessor and party boss Mamata Banerjee has created. And Banerjee is no exception. Successive railway ministers—from A.B.A. Ghani Khan Choudhury to Nitish Kumar to Lalu Prasad—have milked Indian Railways to cosset vote banks. Let’s scrap the railway budget.

Tamal Bandyopadhyay keeps a close eye on all things banking from his perch as Mint’s deputy managing editor in Mumbai. Email your comments tobankerstrust@livemint.com