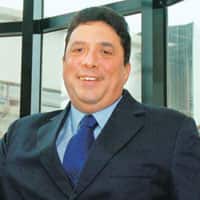 According to Mistry, HDFC would look at growing its loan approvals and disbursals at least by 20% and maintain stable margins.

On the Bombay Stock Exchange, the HDFC stock rose 2.41% to close at Rs2,758.30 even as the exchange’s bellwether equity index, the Sensex, gained 2.31%. The earnings were announced after market hours.

According to Shailesh Kanani, senior research analyst with Angel Broking Ltd, the real estate sector has witnessed a revival of sorts in the past quarter, particularly in the residential segment. “There was pent-up demand in the market and with an array of new affordable housing projects, home sales have improved substantially," said Kanani.

However, this hasn’t meant smaller loans for HDFC.

“The average size of home loans has increased from Rs15.5 lakh to Rs16 lakh,’’ said Mistry.

The spread on loans over the cost of borrowings for the half-year ended 30 September 2009 has reduced marginally—to 2.20% from 2.24% a year ago.

The mortgage firm’s gross non-performing assets as a percentage of loans in September dropped to 0.95% from 1.04%, signifying the quality of its assets. This is based on stressed loans where customers have failed to clear dues for one quarter. If two-quarter or six-month defaults are taken into consideration, then non-performing loans as percentage of overall loan book constitue 0.60%, down from 0.62% at the end of 30 September 2008.

“The results are fine in all parameters but there is some pressure visible in the loan book. The loan book sequentially has not grown much which could be because of competition from the banks that have become very active on housing loans," said an analyst with a local brokerage who did not want to be named because he is not authorized to speak to the media.

Many public sector banks have come out with attractive schemes to woo home loan customers.

Recently, Development Credit Bank Ltd, a small private sector bank, has introduced a scheme to offer home loans at 7.95% for the first year.

An analyst with a Mumbai-based brokerage said home sales should maintain the momentum and even see a steady rise in the current quarter. “Many new projects have been launched and prices are still reasonable in many markets. The rising loan portfolio of most banks signals a revival though the sector is yet to return to the pre-downturn level," said the analyst who didn’t want to be identified.

Madhurima Nandy and Anup Roy contributed to this story.