An Indian consortium led by state-owned Steel Authority of India Ltd (SAIL) has won the mining rights for three out of four iron ore blocks in Afghanistan.

The win will expand India’s commercial footprint in conflict-ravaged Afghanistan, where it has already invested $2 billion (Rs 10,400 crore today) in rebuilding the infrastructure. India views the country as key to its strategic interests, especially because it is situated between South Asia and energy-rich Central Asia.

“We will negotiate the actual terms and conditions of the contract now," said C.S. Verma, chairman of SAIL.

“The win is very important not only from the economic and commercial perspective, but also from the strategic viewpoint. Since Afghanistan is on a negative list, we plan to get a sanction from our government for assistance for some portion of the investments," he said, referring to problems in raising capital for the project. 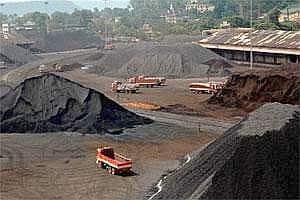 “After this we will start the contract negotiations, which will have to be approved by the cabinet," Jalil Jumriany, director general for policy and promotion in Afghanistan’s ministry of mines, said on the phone from Kabul, speaking about the next step regarding the iron ore mines.

The other members of the Afghan Iron and Steel Consortium (Afisco) formed at the Indian government’s behest are NMDC Ltd, Rashtriya Ispat Nigam Ltd, JSW Steel Ltd and Jindal Steel and Power Ltd. Tata Steel Ltd was initially a part of the consortium, but subsequently opted out of it.

“They (winning bidders) will build the infrastructure that they have committed for building in their bid. This includes an 800 megawatt power project and a seven million tonne steel plant. The plant will be built in two stages and it should be ready by 2020," Jumriany said.

Afghanistan hopes to generate substantial revenue from the mines that will fund its reconstruction efforts. Security concerns and the huge cost of getting the remote mines up and running, however, could pose a challenge, experts said.

Six companies and consortiums, including the SAIL-led one, were in the race to develop the deposits. The other firms were Corporate Ispat Alloys Ltd; Iran’s largest iron ore firm Gol-e-Gohar Iron Ore Co.; Iran’s Behin Sanate Diba Co.; Acatco LLC, a consortium of American and Afghan firms; and Canada’s Kilo Goldmines.

“The development of Hajigak (deposits) by Kilo and Afisco is expected to bring billions of dollars in mining investment and thousands of new jobs to Afghanistan. The companies have also pledged substantial support for railway, power and other infrastructure development within the country, as well as major support for education and training programmes," said Afghanistan’s mines ministry in a press statement.

Though Afghanistan is still battling insurgency, the deposits are attractive for Indian companies looking to grow overseas even as their local expansion plans face hurdles over land acquisition and environmental clearances. The US has discovered nearly $1 trillion of untapped mineral deposits in Afghanistan. The deposits contain iron, copper, cobalt, gold and lithium.

An expert said the Indian consortium would find the going tough. “It is going to be a very big logistical issue. To operationalize mines and even to build a steel plant in Afghanistan would be a very big challenge. There won’t be an immediate upside to the companies who have won the bid. This can at best be a medium- to long-term story," said Ashish Upadhyay, associate director at Fitch Ratings.

Afghanistan is keen to develop and promote its mining resources and will soon open tenders for four more blocks containing copper and gold deposits. It aims to generate revenue of $2 billion annually by 2017-18 from the mining and exploration business, including oil and gas, from about $100 million now.