Thanks for Visiting Mint
You seem to have an Ad Blocker on. Please turn it off in order to continue, or whitelist Mint
HOW TO TURN OFF AD BLOCKER
OR
REFRESH IF YOU ALREADY TURNED OFF THE AD BLOCKER
Home >Home-page >Low-cost carriers edge out big ones

Low-cost carriers edge out big ones

Low-cost carriers edge out big ones

Mumbai/New Delhi: India’s airline business is in for a churn. Yet again.

This time, it’s because low-cost airlines are aggressively expanding their services.

/Content/Videos/2009-04-28/Mint TV/2704_QT_MintTV.flv881571a4-333e-11de-b0d4-000b5dabf636.flvTheir expansion comes even as Kingfisher Airlines Ltd, Jet Airways (India) Ltd and Air India, run by National Aviation Co. of India Ltd (Nacil)—the country’s three so-called full-service airlines—brace for up to 20% decrease in capacity as passengers continue to stay away because of an economic slowdown and high fares.

Low-cost airlines, including the Interglobe Aviation Pvt. Ltd-run Indigo, SpiceJet Ltd and GoAir India Pvt. Ltd, are trying to fill in the vacuum left behind by the full-service carriers by adding more planes to their fleets and enhancing the daily number of flights.

Kingfisher and Jet Airways, the two private airlines that account for 52% capacity by passengers flown in the country, are planning to reduce a number of flights from June, resulting in a 15-20% reduction in capacity, according to two senior executives each at the carriers. 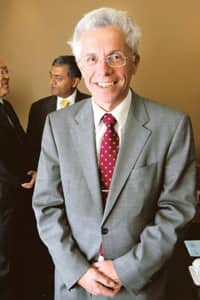 “Nacil had retired 15 planes in 2008-09. Lease agreements of some 16 planes used for domestic services are going to expire at various stages by mid-2010. We will not be renewing those contracts," said the executive who asked not to be identified because he is not authorized to speak to the media. The airline expects to take delivery of 30 planes from Airbus SAS and Boeing Co. this year as part of purchases placed in 2005 and 2006.

“The addition of planes this fiscal would be used only to replace as we are not envisaging growth for domestic segment. We will be considering capacity rationalization based on the market conditions," this executive added. A second senior Nacil executive confirmed the plan.

Nacil has 153 planes in its fleet.

According to a March report of the Centre for Asia Pacific Aviation, or Capa, an aviation consulting firm, the bullish fleet orders placed by Indian carriers between 2005 and 2007 saw capacity being introduced at the rate of at least six planes a month, whereas the actual growth in demand was closer to the equivalent capacity of three aircraft.

Besides the mismatch in supply and demand, the rate of growth was simply too great for the industry to handle from a management and capital perspective, the firm said.

India’s airlines posted a drop of at least 10% in passenger traffic during the fiscal year ended 31 March, hit by slowing economic growth and high oil prices that prompted them to raise fares.

Around 4.57 million fewer travellers took to the skies in the last fiscal, according to data released by Directorate General of Civil Aviation, India’s aviation regulator, published earlier this month. Airlines carried 39.40 million passengers in 2008-09, compared with 43.97 million the year before. The decline follows rapid growth in the preceding years. India’s air passenger market increased fourfold, from 12.8 million in 2001 to 42.8 million in 2007.

A senior Kingfisher Airlines executive, asking not to be identified, said there is going to be contraction in passengers this fiscal too.

“In this scenario, it is ideal to cut capacity and we are working out finer details of the proposed capacity reduction," he said. The airline runs 400 flights a day with 75 planes.

A senior Jet Airways executive said his carrier is contemplating a “tactical" capacity reduction. “We are looking at discontinuing some loss-making domestic routes and pulling out even metro flights of non-peak season," he said, without elaborating.

Capa predicted the capacity cuts at Indian airline firms would continue for much for 2009. “With demand expected to remain weak for at least the next two to three quarters at least, these carriers need to cut capacity, reduce costs and rationalize their networks in order to turn around in 2009-10. Domestic traffic may start to resume growth from (the third quarter of) 2009-10, allowing passenger numbers for 2009-10 to approach the levels achieved in 2007-08," Capa wrote in its report.

Still, at least two of the four low-cost carriers in India plan to add new aircraft this year. IndiGo, which crossed the 20-aircraft fleet mark last fortnight adding about five planes a year since launch, plans to add four more aircraft to its fleet in 2009.

“There is no change to our delivery schedule or plans for aircraft induction," the airline’s president Aditya Ghosh said in an email. From March-end, the airline increased its daily flights by six taking the total to 125. This is being further expanded by another six flights from this month-end including daily return flights from Mumbai to Goa, Hyderabad and Kolkata

Mumbai-based rival GoAir has already added three new routes to its network in March—Bangalore, Chandigarh and Amritsar—and says it will be going ahead with expansion despite senior management exits at the firm over the past few months including that of chief executive Edgardo Badiali.

“We will be inducting one aircraft in May and one in June," a GoAir spokeswoman said. “With the addition of new aircraft, GoAir will further add new routes."

SpiceJet, which does not have any aircraft delivery scheduled for this calendar year, could also look at increasing fleet utilization, a company official said, asking not to be named.

The pull back by full-service carriers in domestic routes is not reflected on their international plans. All three, Kingfisher, Jet and Nacil are also looking at making better use of their aircraft fleet by placing them on international routes in the Middle East or in South Asia, though cautiously.

Last week, Jet announced it will fly daily to Dubai from Chennai and also double its existing daily service to the Middle Eastern hub from Mumbai.

“The new services will enable the carrier to further enhance its presence on the sector, in line with passenger demand," Wolfgang Prock-Schauer, Jet’s CEO, said in a statement. The airline will use Boeing 737-800 aircraft, used mostly for its domestic services, to provide these services.

Kingfisher, on the other hand, has announced its plans to fly a 60-seater turboprop ATR 72-500 aircraft for a Kolkata-Dhaka flight from 15 May, according to an airline spokesman. This will be the third international destination the airline will add after London and Colombo. Flights expected to be launched in the first half of this year to Dubai, Hong Kong and Singapore had been put on hold by the airline intially. It is unclear if permissions to fly on these sectors will still be utilized by the airline.

Both Kingfisher and Jet have leased or returned almost a dozen planes each in the past year.

With low-cost carriers entering additional routes, passengers may get cheaper airfares or in some sectors more choice but Capa said the expansion may be risky in an industry that is projected to post a combined loss of $2 billion (Rs10,000 crore) this fiscal year.

“...any increase in frequency in the current maket would not only ensure risk this year but also ensure that other companies become reluctant to give strategic space (to low-cost carriers)," said Capa’s India CEO Kapil Kaul. “From the entire industry perspective, it would make sense that each player address this (market) with a little more maturity."