Thanks for Visiting Mint
You seem to have an Ad Blocker on. Please turn it off in order to continue, or whitelist Mint
HOW TO TURN OFF AD BLOCKER
OR
REFRESH IF YOU ALREADY TURNED OFF THE AD BLOCKER
Home >Home-page >Inflation at 2-year low; risks remain

New Delhi: India’s most closely watched inflation rate declined to its lowest level in 26 months in January, improving the odds for a round of monetary easing by the central bank as it prepares for its next policy review in March. 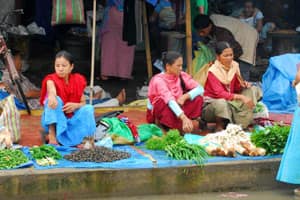 The decline was more than expected. A Bloomberg survey had forecast inflation to slow to 6.7% in January, while the Reserve Bank of India (RBI), in its monetary policy review last month, had predicted that inflation will fall to 7% only by the close of the fiscal year at end-March.

But analysts cautioned against premature optimism, especially given that the let-up was largely because of the base effect of higher inflation in the year-earlier period and the fact that underlying macroeconomic risks could reverse the trend.

Finance minister Pranab Mukherjee was confident that the inflation rate would moderate further in the coming months, although a “softening in the prices of manufactured goods, despite the rapid decline in non-food primary inflation, may be more gradual". Mukherjee expects the March-end inflation rate to be closer to 6%.

The finance minister said the main worry centred on the prices of edible oils, milk and some animal proteins that may fuel food inflation as required institutional reforms in agricultural marketing and improvements in storage and cold chain systems will take place after a lag.

Food inflation contracted 0.52% in January on the back of falling vegetable prices, compared with a 0.74% rise a month ago.

Core inflation, a measure of price increases in non-food manufactured items, declined to a year’s low of 6.7% from 7.7% a month ago. The November inflation figure was revised to 9.5% from the 9.1% reporter earlier, indicating an upward bias to the provisional data.

Although the drop in the January inflation rate seems to have enthused the market, it’s not yet convincing enough proof that prices are falling by the desired extent, said Kunal Kumar Kundu, senior economist and India general manager at economic research and analysis firm Roubini Global Economics.

“What is important is to note that despite recording an average monthly inflation of 9.5% for two years at a stretch, the index (WPI) has not come off from the elevated levels, thereby indicating that it is merely the base effect at play rather than prices actually coming off," he said.

Rajeev Malik, senior economist at CLSA Singapore, said core inflation in January eased slightly in sequential terms, but this has to be interpreted with caution as local fuel prices have not been adjusted due to the ongoing state legislative elections. He said food inflation in December and January was affected favourably by seasonal factors.

“The favourable base effect will reverse from February onwards and food composite inflation will probably settle in the 5-6% range," Malik said.

According to RBI’s latest inflation expectations survey of households for the October-December quarter, the proportion or respondents who expect prices to rise by “more than the current rate" in next one year has increased to 76.9% from 73.5% in the previous round.

Citigroup India economists Rohini Malkani and Anushka Shah wrote in a report that despite the decline in WPI, inflation would remain well above RBI’s comfort zone of 4-5% due to the structural factors influencing the rate, suppressed fuel prices, and interplay of commodity prices and currencies.

Crisil Research, in an analysis released on Tuesday, said it expects inflation for 2012-13 at 5.8%. “Lower inflation vis-à-vis 2011-12 is mainly due to a high base and low pricing power of corporates led by sluggish domestic demand," the report said. “Likely upward revision of domestic fuel prices and an expected reversal in the seasonal decline in food prices from April 2012 onwards will, however, exert pressure on inflation."

While the dip in inflation was sharper than expectations, analysts said RBI is unlikely to advance its rate cut cycle based on this data.

“Given that RBI has said that the quantum and timing of rate cuts would be dependent on fiscal consolidation, we expect the repo rate to be cut post the budget, i.e., in RBI’s 17 April policy," Malkani and Shah said. The repo rate is the rate at which the central bank injects liquidity into the financial system.

What also aided the softening of inflation, apart from food prices, is the near-7% appreciation of the Indian rupee in January after its sharp depreciation against the dollar towards the end of 2011, Kundu said. “Given these, and the fact that India’s fiscal deficit for 2011-12 remains a drag, we do not expect RBI to get into a rate-cutting mode in next month’s policy meeting," he added.

Analysts said they expect the government would breach its fiscal deficit target of 4.6% of gross domestic product in the year ending 31 March by at least one percentage point because of underestimation of subsidies in the budget and lower-than-anticipated revenue collections.

Indranil Pan, chief economist at Kotak Mahindra Bank Ltd, said despite the drop in the inflation metrics, “we would continue to expect RBI to drag its feet on the eventual cut in the repo rate till April 2012".

Citigroup economists, however, expect a cut in the cash reserve ratio (CRR)—the proportion of deposits that commercial banks are required to maintain with the central bank—in RBI’s mid-quarter policy review on 15 March, given the tight liquidity.

RBI, in its last month’s monetary policy review, signalled a shift in focus towards boosting economic growth, from combating inflation. In January, the central bank had cut CRR by half a percentage point to 5.5% while keeping policy rates unchanged.

The central bank cautioned that in the absence of credible fiscal consolidation, it will be constrained from lowering the policy rate in response to decelerating private consumption and investment spending. “The Union budget must exploit the opportunity to begin this process in a credible and sustainable way," it said.

Mukherjee, who will present the annual budget on 16 March, will have the unenviable task of cutting the high fiscal deficit without hurting growth momentum.

India’s factory output growth slumped to 1.8% in December as investment demand contracted for a fourth consecutive month, serving as one more confirmation of a slowdown in the pace of growth in Asia’s third largest economy. Data released by the government shows the economy may grow 6.9% in the year to 31 March, down from 8.4% last year.

In the first half of the year (April-September), the economy grew 7.3%, implying it should expand 6.5% in the second half.