Mumbai: One of the country’s most closely watched corporate battles has drawn to a close.

Britannia Industries Ltd on Monday announced that its two promoters have agreed to a deal in which Groupe Danone SA of France will sell its 25.48% stake to the Mumbai-based Wadia group, bringing the curtains down on what has been a long, and often sordid, fight for control of one of the oldest biscuit manufacturing companies in the world that was set up in the late 19th century in Kolkata (then Calcutta). 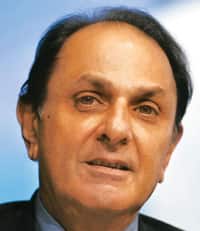 Details of the transaction remained sketchy but investment bankers familiar with the development pegged the value of the deal in the $180-200 million (Rs900-1,000 crore) range. The total market value of the firm at the end of Monday was Rs3,507 crore, or a little over $700 million at current exchange rates.

Britannia’s stock rose to an intra-day high of Rs1,689 before ending the day at Rs1,468.05 per share, a gain of 2.93% over its Friday’s close of Rs1,426.25 on the Bombay Stock Exchange. The gain was muted because the transaction may not result in an open offer.

Under Indian capital market regulator Securities and Exchange Board of India’s acquisition norms, any investor planning to acquire 15% or more in a company must make an open offer for a minimum 20% stake.

“But the transaction is ‘investor friendly’ because it gives clarity to investor on ownership issues", said Nikhil Vora, who tracks consumer goods companies for Mumbai based brokerage IDFC-SSKI Securities Ltd.

In a statement, Britannia said the price at which the Danone stake will be sold to the Wadia group, which is yet to be disclosed, shall not exceed by 25% the price determined by Indian takeover rules.

Vanvari of KPMG said “the takeover code says the offer price has to be higher than the negotiated price, six-month average, or two-week-average share price, whichever is higher".

A premium not exceeding 25% can be given in lieu of a non-compete clause between the two promoters.

Following this formula, the acquisition price could vary between Rs1,512 and Rs1,720 per share.

The stake sale will enable Danone to move ahead with its independent plans to do business in India in the dairy products segment.

About two years ago, the French firm exited the biscuit industry globally, giving credence to speculation that it would sell its stake to its Indian partner.

“The transaction was pregnant for some time. It’s a good transaction that removes a lot of overhang and ambiguity from the management," said Vora, who believes that the deal will enable the company to “redirect its energies to grow".

The buyout also concludes several rounds of a fractious ownership battle waged in the boardroom of Britannia.

A feisty Nusli Wadia first fought with “biscuit king" Rajan Pillai in 1993 to control the biscuit maker. Pillai was forced to give up control to Wadia and Danone following a bruising boardroom struggle that forced Pillai to flee to Singapore over charges of defrauding Britannia.

Pillai’s arrest later that year and his July 1995 death in New Delhi’s Tihar jail closed that chapter but the fight for the control over the company was far from being over.

Danone, Wadia’s new partner, later differed on many issues with its Indian partner, leading to the company’s CEO Sunil Alagh resigning from the firm that under his tenure tasted considerable marketing success with the launch of a biscuit brand called Tiger and strongly competing with market leader Parle-G biscuits.

There were many differences between the Wadias and Danone but the most prominent of them was Britannia’s allegation in 2007 that Danone had registered the Tiger brand in 70 countries without its consent. Wadia also blocked Danone from setting up an independent business venture in India.

The Monday stake sale will, said Vora of IDFC-SSKI, “resolves the Tiger issue".

Another irritant, in the Wadia-Danone feud was the French company’s decision to acquire a stake in October 2006 in Avesthagen, a bio-nutrition foods company. Wadia’s objection was upheld by Foreign Investment Board of India when it rejected Danone’s claim that it did not need a waiver.