Applications pour in for post of Air India COO

Applications pour in for post of Air India COO

New Delhi: Air India’s bloated debt and losses in excess of $1 billion (Rs4,630 crore) looming in the current fiscal year haven’t deterred at least 140 top global airline executives from throwing their hat into the ring for the post of chief operating officer, or COO, at the national carrier. 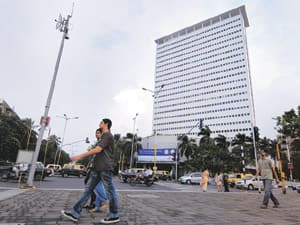 Turnaround strategy: The Air India building in Mumbai. The beleaguered airline will likely have a new chief operating officer by January. Abhijit Bhatlekar/Mint

“There are NRIs (non-resident Indians) from all over, expats and several others. We have to shortlist the candidates and call them for interviews," said a senior government official familiar with the process who asked not to be named.

Apart from stemming losses, recasting Rs16,000 crore debt and trying to pay for much-needed planes to bolster an ageing fleet, the COO will need to fight with entrenched unions opposed to plans for cost-cutting. The loss expectation for this year matches the figure for last fiscal.

Several COOs and vice-presidents from European, American, Australian and Caribbean carriers are among those vying for the job, which includes completing the integration of domestic carrier Indian Airlines with Air India.

“It was a fairly good response," said another official familiar with the process and who too didn’t want to be named. The names of prospective COOs cannot be disclosed because most are employed with various airlines and the process is still underway, the official said.

Air India, with more than 30,000 employees, had sought applications from candidates with a background in aviation or with a record of turning around an organization of at least 10,000 workers.

“We definitely need someone with an airline background. Otherwise, who knows what will happen here?" said another government official who also asked not to be named. The Air India board is aiming to have a new COO in place by January, he said.

The COO will be entitled to performance-linked pay based on targets and will be required to work closely with Booz and Co. and NM Rothschild and Sons Ltd that have been hired for cost-rationalization and debt-restructuring strategies, respectively, said the second official cited above.

Air India has a gross turnover of around $4 billion, with an equal amount of debt and an equity of Rs145 crore. It is expected to be granted a first tranche of equity infusion of Rs400 crore by January to tide over the current crisis that includes payments against an $11 billion aircraft order placed in 2005-06.

The new COO is likely to face a tough challenge from powerful unions.

“I wonder how many of these applicants are truly serious. The COO role is one of the hardest jobs at an airline because this person has to maintain a reliable, safe operation while also ‘serving’ the requirements of the commercial side of the business," said Vikram Krishnan, associate partner at Oliver Wyman, a San Francisco-based aviation consultancy firm, in emailed comments. “I imagine someone in this role has to be competent enough to deal with the unions while also keeping costs low."

State-run Air India has been facing stiff resistance from employees who are opposing cuts in salaries. Cost-cutting is a key condition of the government rescue package.

“It appears that all managerial skills are being utilized to enforce a salary cut rather than revenue generation through professional management," said R.S. Otaal, general secretary of the 800-strong Indian Commercial Pilots Association, or ICPA, in a notice issued to the Air India management calling for a strike from 24 November.

ICPA members will march to Parliament on Thursday, when the winter session is scheduled to begin, demanding a probe into the airline’s mismanagement by the government and seeking parity in pay within the company. The equity infusion is to be debated in the House during the winter session before final clearance by the Union cabinet.

Performance-linked incentives of three dozen top Air India officials have already been put on hold till a final decision is made on them, as Mint reported last week.

For the Air India brass, it will be critical to manage worker unrest, Oliver Wyman’s Krishnan said.

“In other similar situations, I have seen employees take their frustration out on the customer, which leads to a perpetual cycle of mistrust between management/employees and underperformance," he said. Change cannot come without firm state backing, he said. “It is impossible to undergo a transformation without upsetting someone or the other. However, it is critical that the CMD has a licence for radical change from the government."