Everonn shares up after Centum acquisition

New Delhi/Chennai: Shares of Everonn Education Ltd rose as much as 6.6% in early trade on Thursday after the company on Wednesday acquired Bharti group-controlled Centum Learning for an undisclosed amount.

“Everonn will, subject to the receipt of the necessary regulatory approvals, acquire all of the issued and paid-up share capital of Centum," the two companies said in a statement.

“This transaction is in line with our stated objective of focusing our energies on our core businesses through which we are making a deeper impact both in India and abroad. We believe Everonn is well positioned to take Centum to the next level and we will continue to support them towards the same," said Rakesh Bharti Mittal, chairman of Centum. 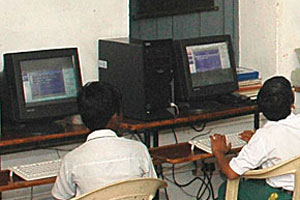 Commenting on the merger, Rakesh Sharma, director, Everonn said “with this acquisition," the company will expand its reach in the Indian training space by adding corporate training, the flagship product of Centum, as a new vertical, while other business segments of Centum “will seamlessly integrate with the existing verticals of Everonn".

“Everonn had tumultuous time after the arrest of P. Kishore, a co-founder of the company. However, after Varkey group acquired a controlling stake in the company, it seems to be making amends and moving forward," said Jagannadham Thunuguntla, strategist and head of research, SMC Global Securities. “Acquiring Centum is a positive move for the Chennai-based company. However, the rationale will depend only if the acquisition amount is known," Thunuguntla added.

Kishore was arrested in August 2011 on charges of bribery and tax evasion. The stock took a severe beating on the news.