The Union Budget for 2010 has made two key assumptions, one explicit and the other implicit, on oil. How these pan out will not only hold the key to the government’s estimates of fiscal deficit, but also inflation, which is poised to scale double digits. 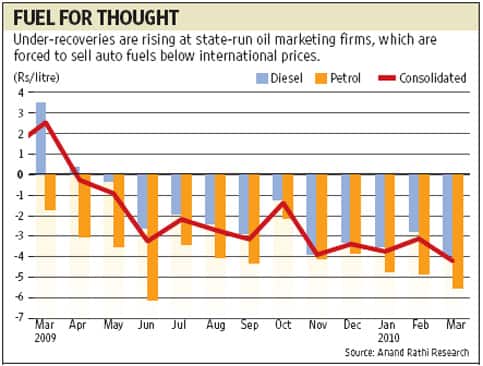 The explicit assumption, included in the medium-term fiscal policy (MTFP) statement accompanying the Budget documents, is that “there would not be major variations in the international market in fertilizer and petroleum product prices".

This is a fair assumption to make assuming that the recovery of the developed world remains slow and painful, not otherwise. Yet, it may be worthwhile remembering that oil prices have been very volatile over the past two years, especially in 2008-09 touching a high of $144.22 (around Rs6,576 today) per barrel (of Brent crude) and then dropping to a low of $33.66 per barrel. Since then, prices have recovered and now average about $80 per barrel—which is where the finance ministry assumes they will stay. 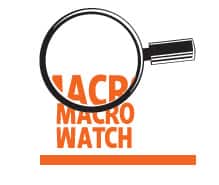 At the same time, the Budget has made an implicit assumption that rests entirely on the political will of the Congress-led United Progressive Alliance (UPA)—this, at a time when it has a reduced majority in the Lok Sabha after the Samajwadi Party (SP) and the Rashtriya Janata Dal (RJD) that had supported it without being part of it withdrew their support. Budget 2010 has not provided for a petroleum subsidy; this is no small omission considering that the government paid out Rs12,000 crore towards this in the first nine months ended December.

Informally, government officials maintain that this has not been done since the government is yet to take a position on the recommendations of the Kirit Parikh committee on reforming the petroleum subsidy regime—which shorn of jargon implies that most of the variations in international oil prices will be passed on to the retail consumer, implying a lesser subsidy.

MTFP also alludes to this by stating that “the report of the Parikh committee is under active consideration".

The Budget could be vulnerable here, especially since there has been a drastic shift in the arithmetic in Parliament after the introduction of the Budget. The withdrawal of support by the SP and the RJD over the Women’s Reservation Bill reduced the majority of the UPA from 300-plus to just sufficient to meet the majority of 273 seats. The new reality is one of the key reasons why the government had to back down, for now, on the Nuclear Liability Bill. It is difficult to understand how the UPA will manage the politics of a highly unpopular decision of cutting petroleum subsidies by raising prices.

The alternative is equally daunting. Assuming that the UPA does pack the political will to do so, it would, by increasing the prices of intermediates, unleash cost-push pressures. While this could spur inflation, its impact will be partially offset by the fact that the government will be able to reduce subsidies by anywhere in the region of Rs14,000 crore, thereby reining in the fiscal deficit or the gross borrowings.

In the final analysis, it is clear that the macro wagers, explicit as well as implicit, relating to petroleum prices could roil the government’s best intentions.

This is the fourth in a five-part series on the macro-risks India faces. Part 5 will look at the external factor. To see this and the series so far, go to www.livemint.com/macro-risksindia