Focus shifts from income to expenditure

Focus shifts from income to expenditure

The world hit the Millennium Development Goal (set in 1990) of halving poverty five years ahead of time in 2010, but delve deeper into the numbers and it is clear that India has reason to worry. It has been China’s ability to take 660 million people out of poverty that has powered the achievement. India has been the drag on this number with Indian poor, who live on less than $1.25 a day, making up about half of the 1.3 billion poor in the world. Poverty persists in India though per capita income has quadrupled in the 15-year period to 2010. Direct reflections of persistent poverty are poor social indicators. Life expectancy at birth in India has improved from 58 to 64 over the 15 years, but we’re behind our immediate neighbours—China is at 73, even Bangladesh and Pakistan are ahead at 67—not to speak of global peers. India’s access to improved sanitation more than doubled to 31% of the population, but China is at 55%, Bangladesh at 53% and Pakistan at 45%. The persistence of poverty and the sluggishness of social indicators suggest that something is wrong with the Indian model of growth. 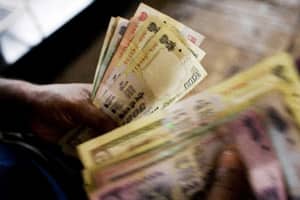 If the annual budget statement is an annual audit to map where we are in our economic journey, this budget must work as an alarm bell. The calculations made last year on growth, disinvestments, tax collections and subsidies are in disarray. Other than experts, a large chunk of Middle India will be watching this budget carefully—we are all stakeholders in the country more than ever before. The focus will not be on what was traditionally the focus of individual concern—tax rates, slabs, and quibbles over small rebates, deductions and exemptions. Middle India has changed. The time when incremental tax tweaks were crucial for the salaried employee is long gone. Middle India salaries have risen and subsequent pay commissions have ensured that the government employees stay ahead of inflation. From a thin wedge, Middle India has become much larger (some 250-300 million) and a chunk of this has shifted gaze from the second part of the budget speech to the first, where the expenditure statement is read out. Middle India wants to see where the money (some of which is its own through direct tax revenue) is being spent and finds something very wrong if interest payments guzzle up more than one-fifth of total expenditure and subsidies take away more than one-tenth. We want to know why India’s spends on health and education at 4.2% and 3.1%, respectively, of gross domestic product (2009 data) are lower than its peer group of countries, and why even this money (as shown by the social indicators) is not well spent.

India approved of the growth plus redistribution plus fixing the leaky pipeline model when the UPA was voted back to power in 2009. The model is good. But we need a government that will action it. New ideas and rules are needed in implementing the model and the 1970s’ Delhi-centric rules will not work in a country that showed its political maturity once again in the elections just held. New rules and new ideas are needed for a country that is constantly reinventing itself. North Block could look at some lessons coming out of behavioural finance, a branch of economics that recognizes that human beings make irrational short-term choices, though their intentions for the long-run are pious (you need to sign up for a fitness programme and you have to tick one of the three: tomorrow morning, a month later, six months later. Most people choose the last option.) Governments are no different—they choose short-term gains over pain, letting go of long-term goals. We could make use of some new ideas for the budget as well. Here’s one: introduce a capital gains tax over a certain threshold, but only if the oil subsidy is capped at the current outgo with reductions built in over the next few years. Ditto for an estate tax and the fertilizer subsidy. Affluent India will pay, but only if it knows that the money is well spent. But new ideas and new rules need a political certitude that is missing today—the policy flip-flops (retail FDI, cotton export ban) don’t give the sense that this budget will have anything new. The minimum, we hope, is a realistic projection of revenue, growth and deficit numbers. We’re beginning to remember Animal Farm each time a government official makes a projection.