Mumbai: In a move that will enable Tata Motors Ltd to establish a beachhead in North America and a few other emerging markets, India’s largest auto maker by revenue is in talks with Mexico-based Metalsa SA de CV for a contract manufacturing arrangement, two people familiar with the development said. If the talks lead to an arrangement, the unit will manufacture the Indica Vista, Indigo Manza and the Nano. 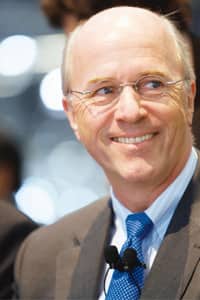 “A team from Tata Motors consisting of senior officials, recently visited Mexico for the purpose," said one of the two people.

Tata Motors’ move to enter new markets through a contract manufacturing arrangement mirrors its past moves of making a low-cost entry into new markets. In 2008, it bolstered its presence in South Africa by acquiring a used assembly plant owned by Nissan Motor Co. in that country.

Metalsa, a subsidiary of Grupo Proeza, manufactures components for the passenger car and commercial vehicle makers. Grupo Proeza is a privately-held Mexican group with diversified interests in automotive, foundry, juices and fruits, information technology and healthcare.

Analysts said a manufacturing presence in Mexico is a significant step forward for Tata Motors that has in the past expressed ambitions to enter the Latin American markets.

Whether the proposed agreement with Metalsa will extend to all areas it is present in is not clear as yet, but Metalsa’s diversified presence in countries such as Argentina, Australia, Brazil, Canada, Japan, Mexico, the US and the UK bodes well for Tata Motors as it can have its footprints in these markets, analysts said.

Tata Motors has asked some of its key suppliers to study the possibility of setting up bases in Mexico and a few other markets, and submit a proposal to the company in two to three months, said one of the two sources quoted earlier.

In an email response, Debasis Ray, spokesman at Tata Motors said: “Given its wide product portfolio and its objective to expand its international business, Tata Motors continuously explores both what could be relevant markets and within them relevant business opportunities. But the company has not arrived at any decision or timeframe for any of the markets you refer to."

Mahantesh Sabarad, senior analyst at Fortune Equity Brokers (India) Ltd, said: “Potentially the move will lead to an indirect entry into the US market," as the company would be able to leverage the North American Free Trade Agreement (Nafta).

The trade agreement between the US, Canada, and Mexico eliminated duties and quantitative restrictions and created the world’s largest free trade area.

With the US being world’s largest pick-up market, Tata Motors may also consider launching the Xenon, its pick-up offering based on the Tata Safari platform, and smaller commercial vehicles such as the Ace there, Sabarad said.

According to the two people cited in the first instance, Carl-Peter Forster, appointed earlier this year and given charge to “internationalize" the country’s biggest auto maker, is driving these initiatives.

In an interaction with Mint on the sidelines of the Geneva Motor show in March, Ravi Kant, vice-chairman (non-executive) at Tata Motors, had said: “We have to take Tata Motors to the next logical level and enter newer geographies." The company, however, will only look at “select geographies".

Meanwhile, the company is also looking at fortifying its presence in the Association of Southeast Asian Nations markets.

It has a contract manufacturing agreement with Thonburi Automotive Assembly Plant Co. Ltd, the Thailand-based independent assembler of automobiles. The unit manufactures pick-ups and vehicles based on the Ace platform.

It’s now considering launching the Nano in the region.

South Africa, where Tata Motors has a manufacturing presence, and a few more markets in Africa region are also on the company’s radar for the Nano launch. “Brazil, Romania, Turkey and some markets in Eastern Europe have also been identified by the company, " said one of the two persons.

“In a few years from now, the Nano sales in the overseas markets will exceed the domestic market," he said, with two out of every three of the cars selling outside India. While the company’s unit in Sanand near Gujarat, will address the export requirements, the unit in Pantnagar will cater to the domestic market, this person added.

The company also has presence in the UK, South Korea and Spain through subsidiaries and associate companies.