Home >Home-page >How Dunlop became a shell of itself

How Dunlop became a shell of itself

How Dunlop became a shell of itself

Kolkata: Confined for a decade in a custom-bonded warehouse in Chennai, machines imported by tyre maker Dunlop India Ltd, but not delivered to it because of its inability to pay, turned into the key with which its then chairman Pawan Kumar Ruia managed to unlock the value of the company’s “non-core assets" or land. A spokesperson for the Ruia Group said Dunlop had obtained a legal opinion before transferring its assets. He declined to make any further comment. On Monday, the spokesperson had said it would appeal the order. On Tuesday, Dunlop moved the division bench of the Calcutta high court.

Railways-controlled Container Corp. of India Ltd held the machines in question in 11 containers for almost a decade before auctioning them in July 2006 for ₹ 1.34 crore. Dunlop moved the Madras high court seeking to restrain the company from selling these machines, citing protection under the Sick Industrial Companies Act. 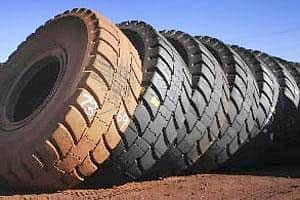 An apparent defeat, which cost Dunlop machines worth ₹ 1.34 crore, was a small price to pay for freedom and the loan of either $125 million or $250 million, or ₹ 575 crore or ₹ 1,150 crore, that it eventually fetched for Ruia’s privately-held firms. For Ruia, the ruling was his biggest victory since he bought majority control in Dunlop from its erstwhile promoter, the late Manohar Rajaram Chhabria’s Jumbo Group, in December 2005.

In 2007, Ruia had at least twice tried to secure the release of Dunlop from the regulatory oversight of BIFR, but failed. He had, by the end of fiscal 2007, revalued Dunlop’s assets at current prices, which resulted in a gain of close to ₹ 600 crore in its reserves and the company’s net worth (equity and reserves) turned positive— ₹ 242.65 crore.

Yet, in July 2007, BIFR, which comes under the purview of the finance ministry and deals with companies in poor financial health (recommending revival plans or their closure), refused to release Dunlop from its oversight because it wasn’t convinced about its true financial health. Dunlop moved the Appellate Authority for Industrial and Financial Reconstruction (AAIFR) challenging BIFR’s order, but it, too, refused to unshackle the tyre maker. In an order passed on 4 December 2007, it questioned the rationale for the company seeking to give up the benefits of creditor protection.

One consideration, the AAIFR order said, could be the management’s plan to sell Dunlop’s assets, which are of “very high value", and “siphon off" funds to other companies.

Till then, Dunlop had taken only the first step towards unlocking value from its “non-core assets". On 28 February, 2007, Dunlop’s board decided to transfer to newly founded subsidiaries some of its most valuable assets—its one-acre office in Mumbai’s upscale Worli neighbourhood, 178.6 acres at its Sahaganj factory in West Bengal, 59.7 acres in Goa and 58.5 acres in a village near Chennai.

Dunlop’s board decided to sell “all non-core assets" to wholly-owned subsidiaries “for better and optimum utilization of core assets of the company", says the agreement for sale of the Sahaganj land. Dunlop Infrastructure Pvt. Ltd bought the land for ₹ 60 crore in a deal that officers in West Bengal’s land and land reforms department say is illegitimate because of the state’s restrictive land ceiling laws. The officers did not wish to be named.

“Such a large property in West Bengal can be held only with the permission of the state government, which the buyer did not obtain," one of the officers said. “It isn’t known whether the sale was at all concluded by paying the state government the requisite stamp duty and registration fee." The subsidiaries paid for these properties in shares issued to Dunlop at a substantial premium—all these companies issued shares at around ₹ 1,000 apiece.

Dunlop has not been able to explain at any legal forum how it determined the valuation of these assets, according to court orders.

Its Mumbai property, which was bought by Bhartiya Hotels Ltd, fetched the highest price— ₹ 150 crore, followed by the 58.5 acre plot near Chennai, which went for ₹ 80 crore, while the Goa property was sold for ₹ 30 crore. The Goa and Chennai properties were bought by Dunlop Estates Pvt. and Dunlop Properties Pvt. Ltd, respectively. Dunlop earned ₹ 320 crore in all from these cashless transactions.

The value of two of these properties were eventually unlocked in September 2008, when ICICI Bank Ltd agreed to lend either $125 million or $250 million to two Ruia Group firms—Shalini Properties and Developers Pvt. Ltd and SPR Resorts Ltd—as per the deed of mortgage against the pledge of the Worli property and the land near Chennai. In two transactions that took place on 26 September 2008, ICICI Bank offered credit facility of $125 million against mortgage of these properties. Since separate agreements were signed for each property (without referring to the other), it isn’t clear whether the bank loaned $125 million against each of the properties (which would mean a total loan of $250 million), or both.

“Why Bhartiya Hotels and Dunlop Properties mortgaged these assets for the benefit of other firms isn’t explained," said a lawyer familiar with these transactions. He did not wish to be named. “Also important is the fact that companies that received the credit facility had little or no business at all."

In 2010-11, Shalini Properties, which describes itself in regulatory filings as a dealer in real estate, had revenue of ₹ 3.2 crore—down from ₹ 9.66 crore in the previous year—and its net loss for the year was ₹ 81.71 lakh. SPR Resorts had revenue of ₹ 3,200 from services offered by it in the year till March 2011 and reported a net loss of ₹ 1,841, according to regulatory filings with the Registrar of Companies.

What is even more surprising is the fact that the money couldn’t be traced in the balance sheets of Shalini Properties and SPR Resorts, according to another lawyer, who also didn’t wish to be identified. “The money seems to have come and disappeared without leaving any trace," he added. Mint couldn’t independently ascertain this.

The liquidator’s efforts to recover the assets sold by Dunlop could face resistance from ICICI Bank, which has loaned money against mortgage of the Mumbai and Chennai properties, but there shouldn’t be much of a problem recovering the assets in Sahaganj and Goa as they haven’t been pledged yet, according to the lawyers cited above.

On Tuesday, ICICI Bank moved the Calcutta high court seeking to participate in the so-called wind-up proceedings launched against Dunlop by its unsecured creditors, in an attempt to protect its exposure to the firm. The court allowed the bank to join the proceedings. The ICICI Bank spokesperson didn’t respond to an emailed questionnaire.