Bangalore: As a mobile phone user, do you care what chip is inside your handset? Mobile handset chip makers such as NXP Semiconductors and Texas Instruments (TI) hope that at least service providers such as Bharti Airtel Ltd, Vodafone Essar Ltd, Reliance Communications Ltd, Tata Teleservices Ltd and handset vendors such as Nokia Oyj, Motorola Inc., Samsung Electronics Co. and LG Electronics Co. would.

From just making the designs of these chips, which are at the heart of mobile phones, they want to educate operators and vendors on the advantages of using their chips. 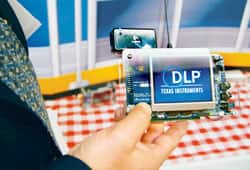 “We are having advanced discussions with three Indian mobile operators and four local brands that have shown interest in launching mobile phones based on our chipset solutions," says Ashok Chandak, director (global sales) at NXP. If the deal gets through, one of the operators would launch its own branded phones while the other two were likely to offer bundled offers on NXP-based entry-level phones (priced below Rs2,000) by September.

At least three reference platforms from NXP have been selected by the two local phone vendors, which will launch “made for India" smartphones and entry-level phones before June. NXP did not disclose the names of these vendors.

For the $6.32 billion (Rs25,659 crore) NXP, India contributes less than 5% of its revenues. The country has so far been a talent base for chip companies for design and technology development. They now see a growing market for cellphones in India, where 8.77 million mobile subscribers were added in January, as per the Telecom Regulatory Authority of India.

Jithu Niruthambath, director (business development, wireless), Texas Instruments India Pvt. Ltd, says the important reason for this engagement is to understand the India-specific requirements for mobile phones. Spice Mobiles Ltd, which recently announced what it claimed was the world’s first movie phone designed for DVD-quality viewing, is based on a TI chip, says Niruthambath.

Mobile phone operators, he says, expect solutions that will help them increase the Arpu, or average revenue per user. “Earlier, the mobile operators were not interested in our technology road map, but now they are keen to know the impact on Arpu in choosing our chipset-based handset." Arpu can be increased by offering newer and better features based on the abilities of the chip.

On the radar of these chip companies are a crop of household electronics product brands such as Videocon, Orpat, Onida (from MIRC Electronics Ltd) and Intex (from Intex Technologies India Ltd) that have either launched or are planning to launch mobile phones under their brands.