Digital adoption in India has been growing rapidly

Recent disruptions in the telecom space have given a strong impetus to digital adoption in India, accelerating the rate by at least a few years. While the total number of mobile Internet users is expected to grow to almost 650 million by 2020, users with high-speed Internet access is expected to be around 550 million. This can prove to be a huge boost for the Internet economy. Data consumption is set to expand to around 7-10 GB per month per user by 2020 from the current 700 MB per month per user.

By 2020, 4G-enabled devices are expected to grow six-fold to 550 million devices, constituting about 70% of devices in use. At the same time, reliable high-speed data is becoming both ubiquitous as well as affordable (data rates have reduced to less than one-third in just 4-5 months). The proliferation of digital content is also driving consumption. Mobile Internet users are expected to nearly double from 391 million today to 650 million by 2020 while data consumption per user is estimated to grow 10-14 times to reach 7-10 GB/month. 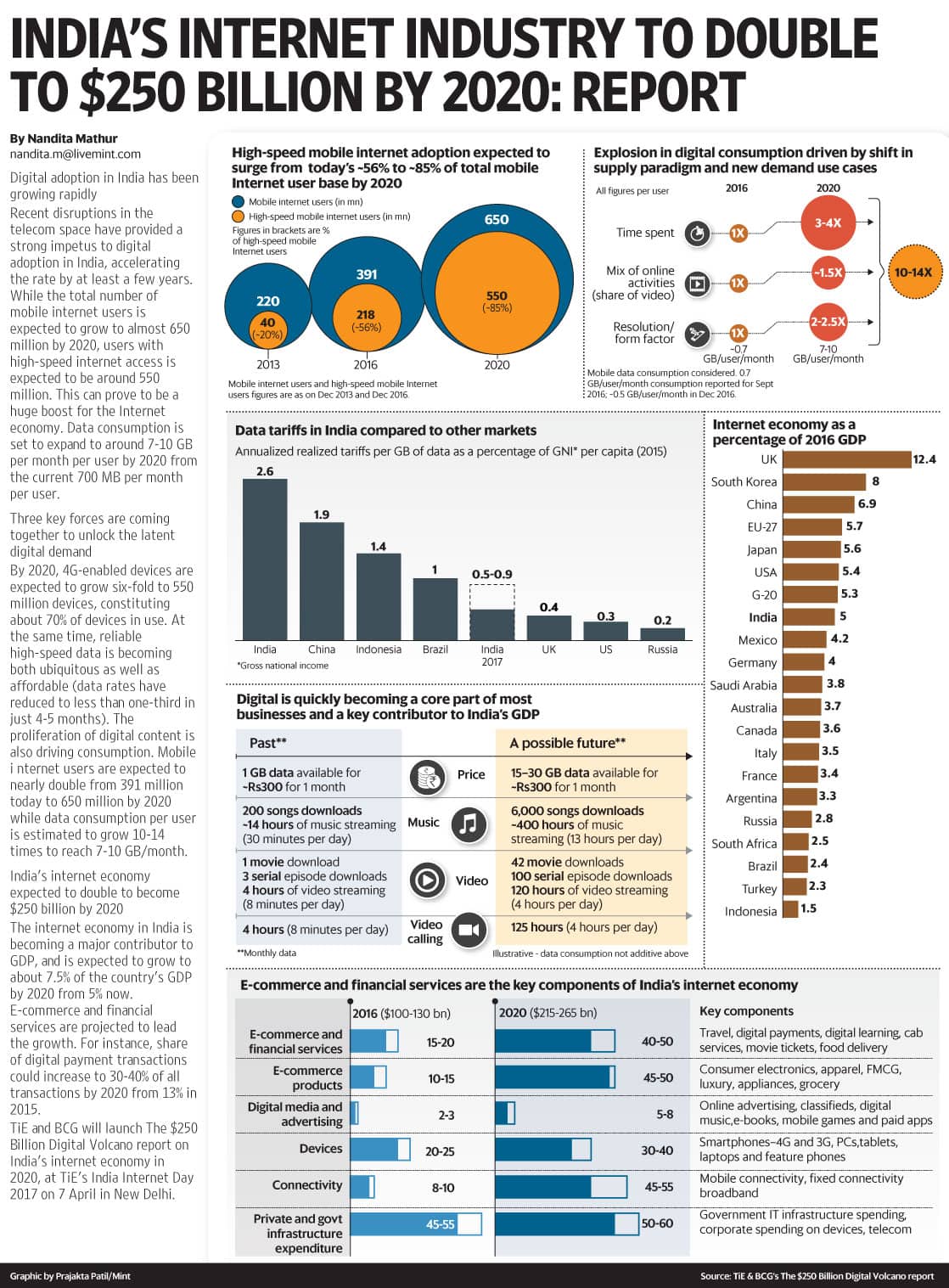 The Internet economy in India is becoming a major contributor to GDP, and is expected to grow to about 7.5% of the country’s GDP by 2020 from 5% now. E-commerce and financial services are projected to lead the growth. For instance, share of digital payment transactions could increase to 30-40% of all transactions by 2020 from 13% in 2015.

TiE and BCG will launch The $250B Digital Volcano report on India’s Internet economy in 2020, at TiE’s India Internet Day 2017 on 7 April in New Delhi.