With a market capitalisation of Rs22,043.18 crore, RBL Bank has replaced IDFC Bank to enter the most valuable banks' list

With a market capitalisation of Rs22,043.18 crore, the bank has replaced IDFC Bank Ltd in the elite club. IDFC Bank has a market value of Rs20,530 crore, according to Bombay Stock Exchange (BSE) data. 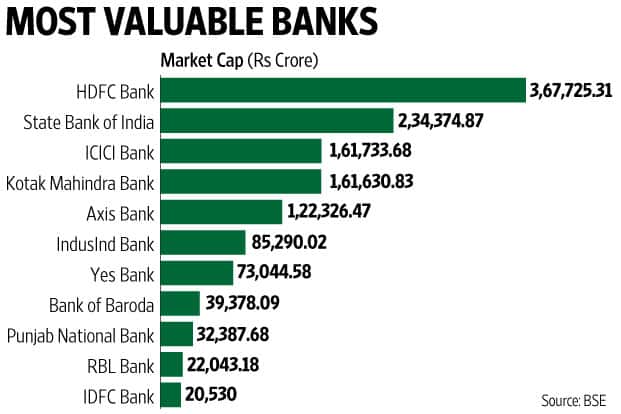 Among the analysts covering RBL Bank’s stock, 11 have a “buy" rating and two have a “hold" rating and no one has a “sell" rating, according to Bloomberg data.