Barcelona: Mozilla, which brought the free web browser Firefox to the masses, now wants to do the same for mobile users, with a new open source operating system that could drastically slash smartphone prices.

The non-profit group’s so-called Boot to Gecko project will go after Google’s Android or Apple’s iOS, to create an alternative which could generate smartphones that are “10 times cheaper" than an iPhone while offering similar experiences to those running on other platforms.

“We want to pioneer a category," Brendan Eich, who is Mozilla’s chief technology officer, told AFP at the world’s biggest mobile fair in Barcelona.

“We see the mobile world recreating the wall of gardens in the 1990s that AOL had," lamented Eich, referring to restrictions imposed by the Internet provider two decades ago. 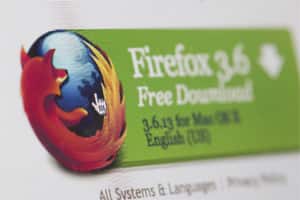 The idea is for a platform that is completely reliant on the web, meaning that all of the phones capabilities, including calls, messaging, and browsing functions, would be web-based.

Being on the web removes the need for much of the intermediary software that requires large memory or speedy processors -- both of which are expensive.

As a result, it is able to cut costs dramatically.

The group has partnered with Telefonica on the project, with the Spanish giant aiming to ship phones running on the new OS this year.

For Carlos Domingo, Telefonica Digital director of product development, the development spells massive opportunities in Latin America, where smartphones are not catching on because of their prohibitive prices.

A new phone on the Mozilla platform, could be “more than 10 times cheaper" than an iPhone, Domingo told AFP.

It could even be competitive compared to the cheapest phone on Finnish giant Nokia’s Lumia line, which runs on the Windows platform and will begin shipping this year at €189.

“We can probably do two to three times cheaper than that," said Domingo, who aims to have the phones commercialised in six to eight months.

Brazil is a typical target market for Telefonica because it has 75% mobile penetration rate, but just five percent on smartphones.

Microsoft too, will be launching its new Windows 8 at the Mobile World Congress on Thursday, as it seeks to claw back some market share in the rapidly growing smartphone industry.

But Eich, who invented the popular programming language JavaScript, believes the new system could hold its own against competitors.

“It is possible that some of our partners agree -- that by making the right entry points, we can actually achieve high volume growth and be that platform," he added.

And if the project succeeds, other regions could also benefit, as like all open source projects, it will be open for sharing.

Firefox debuted in 2004 as an innovative, communally crafted open-source browser released as an option to Internet Explorer.