Workforce of the future

Automation and ‘thinking machines’ are replacing human tasks and jobs, and changing the skills that organisations are looking for in their people. These momentous changes, according to consulting firm PricewaterhouseCoopers (PwC), raise huge organisational, talent and human resources (HR) challenges--at a time when business leaders are already wrestling with unprecedented risks, disruption and political and societal upheaval.

“None of us can know with any certainty what the world will look like in 2030," acknowledges the PwC report titled ‘Workforce of the future—The competing forces shaping 2030’, but qualifies that “To be prepared for the future you have to understand it." According to the report, we will see four worlds “in some way and at some time". In the Yellow World, humans will come first. Innovation will rule in the Red World. Companies will take care of the planet in the Green World, while “Corporate" will be “King in the Blue World", according to the PwC report.

Some sectors and individuals, according to the report, are already displaying elements of the Blue and Green Worlds; the Yellow and Red Worlds are more radical, but no less plausible. Those organisations and individuals that understand potential futures, and what each might mean for them, and plan ahead, will be the best prepared to succeed. The report insists that adaptability is the key to the future in organisations, individuals and society--essential for navigating the changes ahead.

“It’s impossible to predict exactly the skills that will be needed even five years from now, so workers and organisations need to be ready to adapt--in each of the worlds we envisage. Inevitably, much of the responsibility will be on the individual...Governments and organisations can and should do much to help: easing the routes to training and retraining; and encouraging and incentivising adaptability and the critical and increasingly valued skills of leadership, creativity and innovation," the report concludes.

Here’s the key findings of the report: 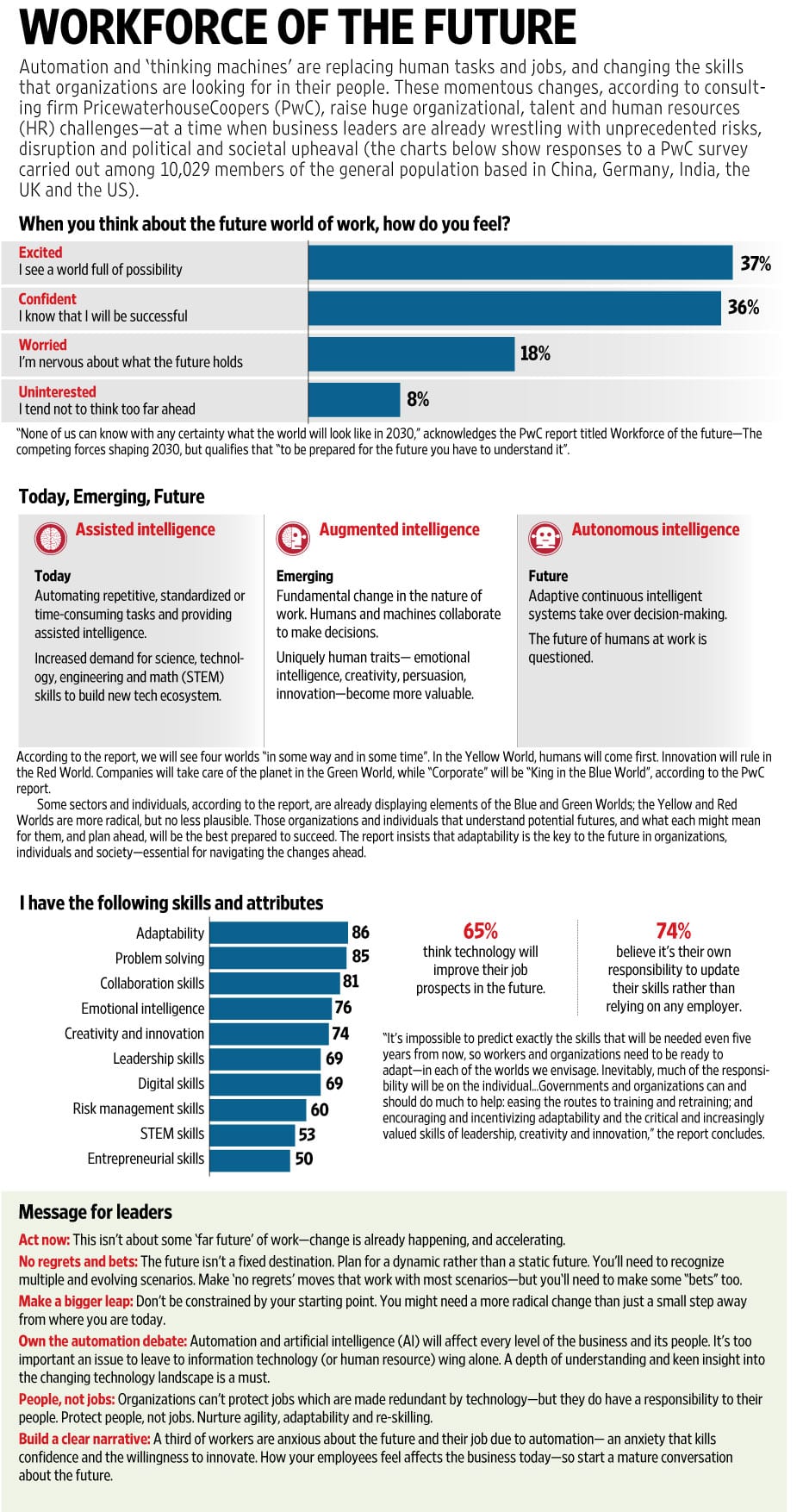