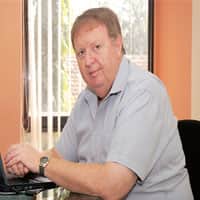 Nielsen’s Go Meters are based on cellphone software technology which can detect audio signals. In effect, radio listenership patterns of people can be mapped constantly.

Says Mark Neely, regional director, Radio Asia-Pacific, Nielsen Media Research: “The Indian Listenership Track (ILT) conducted by (industry body) Media Research Users Council (MRUC) provided a reasonable estimate of listenership levels when radio was at a state of infancy in India. Their service doesn’t measure up to the demands of the market currently. Diary is the next logical step. Stations want more than what recall can provide. The next step after diary measurement is electronic measurement."

Neely’s statement points to the battle that senior media specialists say is under way over radio audience measurement methods.

TAM Media had in May announced that it would be launching its radio listenership measurement system called RAM (Radio Audience Measurement), and this is now expected to roll out by mid-October.

RAM will be based on the diary method, where 480 respondents each in Mumbai, New Delhi and Bangalore will log the details of the radio programmes they listen to each day in their diary, which will form the basis for tabulating the weekly radio listenership ratings for these markets.

On the other hand, MRUC’s ILT uses the day-after recall (DAR) audience measurement method for its surveys. A study recently undertaken by MRUC compared the two radio methodologies, DAR and the diary approach. According to results released by MRUC, 85% of diary respondents listening to radio misreported or wrongly recorded listenership.

But TAM Media is going ahead with its diary method, and the three-city survey is part of the process. The baseline findings, released by L.V. Krishnan, chief executive officer, TAM Media, and Neely, threw up some interesting statistics city-wise.

For instance, the findings show that a significant proportion of the respondents, while they may also have other devices with which to listen to the radio, use their mobile phones to tune in to radio programmes. Almost half the respondents in Mumbai—49%—said they have mobile phones with built-in FM radios. The figure for Bangalore was 34%.

Another statistic that stood out was that 100% of listeners in Delhi who owned radios had FM devices.

Meanwhile, Krishnan states, the company is in discussions with stakeholders for entry into other markets.

“We aim to establish RAM as the industry currency for radio. Studies such as the NRS (National Readership Survey) and the IRS (Indian Readership Survey) offer data on the reach of radio as well as profiles of listenership. But we have come a long way since then. RAM data will be of a continuous nature and would help advertisers plan their ad budgets and help broadcasters manage content, and hence inventory levels," says Krishnan.

Entertainment Network (India) Ltd’s radio channel Radio Mirchi is the only station that has opted to not be a part of the RAM initiative. “We are in discussions with them on the subject," says Krishnan.

Nielsen Media Research’s RAM system will cover markets such as India, China, Taiwan, Thailand, Vietnam, Malaysia, Philippines, Singapore and Indonesia. “RAM will be of world standard or even better. It will provide data on a weekly basis and bring radio on par with TV," says Neely.