New Delhi: Bangalore-based skills assessment services provider MeritTrac has entered into an alliance with US-based Carnegie Speech, a global leader in automated speech evaluation, to bring the latter’s technology to India. The partnership marks Carnegie’s official foray into the country.

“The Carnegie Speech Assessment tool is different from most existing ones that usually grade users only on the basis of fluency," said Angela Kennedy, CEO, Carnegie Speech, at a press conference in the city. She said the tool also identifies other key strengths and shortcomings in candidates’ spoken language and uses these to enhance post-evaluation training. For instance, it can be customized to focus on known regional speech difficulties.

“Using these tools, companies would be able to assess candidates even on other aspects such as accent, grammar, vowel sounds, and sentence construction," said Mohan Kannegal, director of MeritTrac services.

He said the tool will help plug the gap between demand and supply of employable talent for the voice-based BPO sector, albeit indirectly.

To illustrate, he said MeritTrac had released a ‘National Index of Communication Skills’ last year. The findings of the study showed that 15% of sample population had a neutral accent (one that wasn’t influenced by first language or mother-tongue), 15% met industry expectations on grammar, 23% fared well in fluency. However, on a cumulative rating based on these parameters, only 10% of the tested population was industry-ready. The remaining 90% was rejected outright.

And it is this abnormally high rejection rate that MeritTrac and Carnegie seek to address. Kannegal said most existing tests work more as elimination tools as they only focus on candidates’ existing abilities, not on their untapped potential.

In this connection he pointed out to a recent MeritTrac survey of 4,450 candidates across metros in India. A key recommendation of the survey is that instead of outright rejection of job aspirants who have scored below a pre-defined cut-off, a system of bucketing candidates under industry ready (deployable), and borderline (short-term trainable and long-term trainable groups), based on their scores in the assessment could be used. 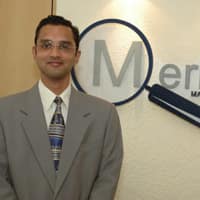 Such an approach reduced the rejection rate from 90% to 80% in voice-based BPO companies where it was tried. In the process, it also eliminated the cost and effort of conducting a new exercise involving the assessment and recruitment of a fresh batch of candidates.

MeritTrac’s partnership with ‘Carnegie Speech’ seeks to make the process of assessment a ‘selection tool’ instead of a ‘tool of elimination’ – one that would lend scalability and translate into increased yield.

Assessment and recruitment are, however, only one part of the story. “Carnegie Speech would also venture into resource training for the voice based BPO industry on its own," said Kennedy.

She said the US-based organization would provide customized curricula for each candidate, to help reduce time and money spent on the training. The micro feedback on parameters such as vowel sounds would help companies make their training programmes more effective.

Kennedy also told this correspondent her company intends to reach out to universities and colleges to train pupils on spoken English, but would make a start in India with post-recruitment training programmes in BPOs and then move backward to educational institutions. She, however, added that Carnegie has not zeroed in on any particular BPO company for training programmes as of now.

The CEO of Carnegie also said her organization was exploring the possibility of setting up kiosks at railway stations, where candidates could walk in, get their spoken English tested across various parameters on a machine, get on-the-spot feedback on voice clarity, accent, language fluency, grammar and the like without any human intervention.

But she declined to provide further details, saying the project was at a very nascent stage.