Mumbai: Three years ago when Shoppers Stop Ltd started its Big Data analytics programme, little did it know that Big Data would lead to big gains.

In one of its earliest analytics programmes, the company studied the buying patterns of members of its loyalty programme, First Citizen. Based on the insights, it developed targeted promotions for trousers. This led to around ₹ 10 crore worth of additional sales in a three-week period for Shoppers Stop.

After analysing its First Citizen base, the company had observed that not all those who buy shirts also buy trousers. But those who buy both men’s shirts and trousers spend 60% more a year on average than those who buy only shirts, and thrice as much as those who don’t buy men’s shirts at all, said Vinay Bhatia, vice-president, marketing and loyalty, Shoppers Stop.

It then shortlisted over 900,000 people for a “targeted trouser communication". According to Bhatia, the 900,000 were further divided into three groups of target customers.

The first group included customers who showed a pattern of being interested in new brands in other non-trouser categories. They were sent information on new trouser brand launches and fits.

The second group included those who exhibited multiple buying patterns in other categories. They were sent attractive deals if they bought two or more trousers.

Finally, the third was a “control group" to measure success or failure of the promotions.

“This (control group) is a practice that we do for all our analytics insights," added Bhatia, “the targeted communication exercise led to a lift of 30% in sales (about ₹ 10 crore) when compared with the response received from the control group."

Big Data analytics is now a crucial part of the company’s strategy.

“They will be able to plan the entire store activity around the shoppers, rather than the continuous experimentation which they continue to do for maximizing revenues. Moreover, it will also impact the likes of credit card companies and e-retailers, who will start to use the business intelligence (BI) to have more focused offerings for their clients rather than the generic promos they offer today." 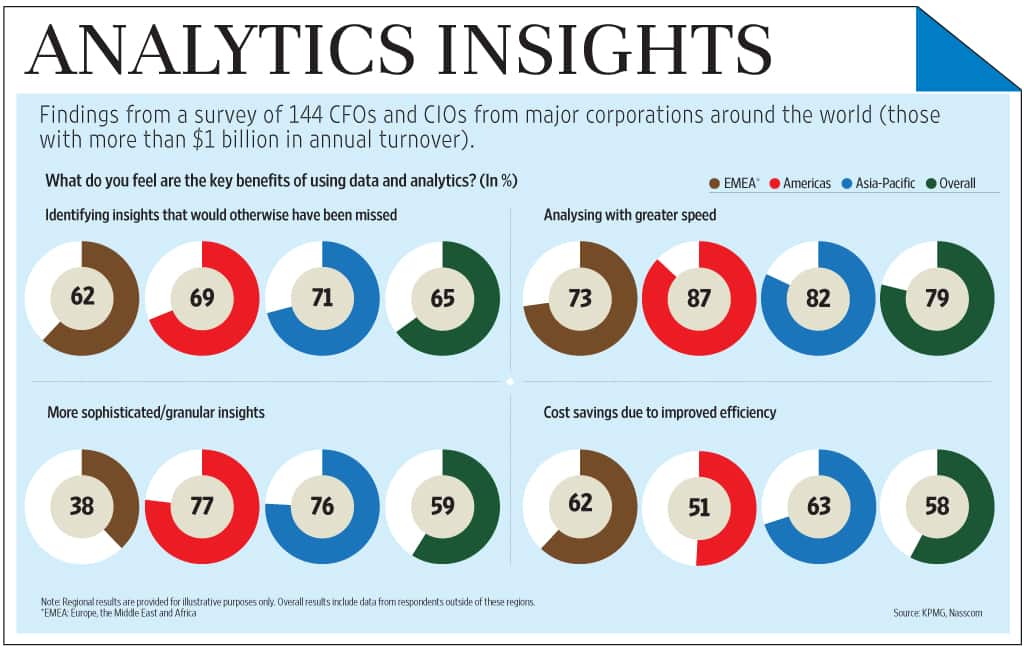 For the Future Group, big data “reveals the trend, opportunities, areas to work on, and importantly, customer focus and customized offerings help in customer segmentation with loyalty programmes such as Payback, T24 and Profit Club. We can offer targeted offerings to the customer," said Manoj Agarwal, chief information officer, Future Group.

HyperCITY Retail (India) Ltd, the hypermarket arm of Shoppers Stop, runs 10-15 targeted campaigns each month based on insights from data for its Discovery Club members. It expects to get at least 3-4% incremental sales purely from promotional campaigns to Discovery Club members. “We also run prediction models on customers who may tend to become dormant every three months and get them back through our ‘miss you’ campaigns," said Darshana Shah, senior vice-president (marketing and visual merchandising), HyperCITY Retail.

According to vendors of Big Data programs such as Tech Mahindra Ltd, Big Data analytics is a win-win for all stakeholders. Retailers should expect “lower total costs of operations" and an “aggregated, holistic single view of their customer".

“Anecdotally, we have come across customers (retail companies) who are seeing a 50-60% increase in their profit margins by implementing Big Data analytics initiatives. There are also those that are not aware of the return on investment (RoI), are struggling to measure them or are unable to make large capital investments. We expect RoIs to drastically improve over the next two or three years as the technology matures and the talent catches up with the technology," said Sanjay Joshi, global practice head, BI, big data and analytics, Tech Mahindra.

“We are in Big Data since 2008 when we implemented Greenplum (a Big Data software). Now we have moved to the next level... We are using Actian Vector as Big Data database, a fully columnar and compressed database. It uses commodity servers and Intel’s processor features for high performance," added Agarwal of the Future Group. The group did not share case studies.

However, experts say that the adoption of Big Data is still very slow. KPMG’s Wahi said, “The adoption is still very low, with most customer management and retail firms having small teams analyzing the data and producing basic dash boards for the management. There is still strong resistance and a lack of belief that data analytics and business intelligence can really make a major difference to business performance."

“My sense is that this is driven by the double-digit growth most categories and companies enjoy here, not putting enough pressure to squeeze another 1% or 2% growth and profitability by focusing on data analytics and business intelligence. This will change as the market matures and more expertise is gained in this space," Wahi added.

For electronics retail chain Croma, this is a new way of looking at the customer. Ajit Joshi, chief executive officer and managing director, Infiniti Retail Ltd, which runs Croma stores, said, “People are talking to the extent that you should have video identifiers which will recognize the customer walking into the store and be able to tell the store manager that you had purchased an iPad six months ago, and are maybe looking for an update. Also, if you are on the Facebook page of Croma, we show you three friends whose birthdays are near and tell you their buying pattern."

“That is the future of technology, and that’s the long distance we need to cover at Croma."

For vendors such as Tech Mahindra, the challenges of implementing Big Data initiatives for the retail sector are not technological.

“We have seen two major impediments, the first being that data is present in silos and is not shared as much and as frequently as you would want it to be. The second challenge is the absence of good analytical talent—those who understand the domain and statistical regression, those who can spot causal relationships from amongst the many spurious correlations present in the data," Tech Mahindra’s Joshi said.

For instance, Croma has only recently started collating its database. “We have started building the database of our customers. And we are doing this by sending an e-copy of the invoice, as its ink evaporates within six months and your warranty is sitting on that," Infiniti Retail’s Ajit Joshi added. “It not only protects the customer, but is also helping us build our database of customers and the company will be in a position to map the customer in terms of your frequency in Croma."

This is the third in a seven-part series.

Catch all the Industry News, Banking News and Updates on Live Mint. Download The Mint News App to get Daily Market Updates.
More Less
Subscribe to Mint Newsletters
* Enter a valid email
* Thank you for subscribing to our newsletter.
Topics
dealing-with-big-data