Madrid: A global conference on the World Wide Web got under way in the capital of Spain on Monday, 20 years after the invention of the global information medium.

British software genius Tim Berners-Lee, one of the founders of the Web, will give a keynote talk on Wednesday “which will reflect on the last 20 years and look forward to the next 20 years" of the Web.

Over the five days of the 18th International World Wide Web Conference, 105 research papers will be presented covering topics including interactive television, mobile Web applications and the challenge of new media to traditional media. 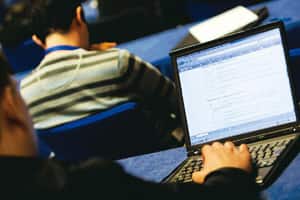 It was held in China last year. The US will hold the next conference in 2010.

With the help of other scientists at the European Organization for Nuclear Research (CERN), Berners-Lee set up the system to allow thousands of scientists around the world to stay in touch.

In March 1989, Berners-Lee handed his supervisor in Geneva a document entitled “Information Management: a proposal". The supervisor described it as “vague, but exciting" and gave it the go-ahead, although it took a good year or two to get off the ground, and served nuclear physicists in Europe initially.

The WWW technology—which simplifies the process of searching for information on the Internet—was first made more widely available from 1991 after CERN was unable to ensure its development, and the organization made a landmark decision two years later not to levy royalties.

Berners-Lee, now a researcher at Massachusetts Institute of Technology in the US and a computer science professor at Southampton University in the UK, still heads the World Wide Web Consortium that coordinates development of the Web.