Bangalore: India’s lunar probe ‘Chandrayaan-1’ has thrown up surprises that could offer new insights on the origin of the moon, its topography and minerals, the international partners of India’s space agency, who reviewed data from the spacecraft, said on Tuesday. 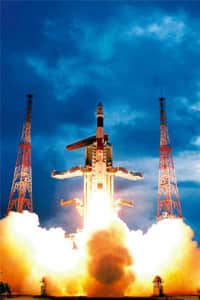 Surprise findings: A file photograph of Chandrayaan-1 taking off from the Satish Dhawan Space Centre in Sriharikota. AP / Isro

“During the meeting, several discoveries (emerged) that was completely unpredicted," Carles M. Pieters, professor of planetary science at Brown University, US, said after a two-day review meeting in Bangalore. Pieters was the principal investigator of the National Aeronautics and Space Administration’s (Nasa) moon mineralogy mapper, or M3, that was among the 11 instruments on board ‘Chandrayaan-1’.

The international partners didn’t want to disclose the findings as several academic papers based on data from ‘Chandrayaan-1’ are to be published in journals such as ‘Science’ in the next few months.

‘Chandrayaan-1’ was terminated on 30 August after its power systems failed and scientists lost contact, caused by an inadequate thermal system that could not protect some of the instruments on board from the moon’s heat. The end came within 10 months of its mission and at least a year shorter than its intended lifespan in orbit.

Madhavan Nair, chairman of the Indian Space Research Organisation, or Isro, claimed the mission had achieved 95% of its objectives.

Nearly 40 scientists from Isro and others from Nasa and the space agencies of Bulgaria, the UK and Europe met in Bangalore to review the scientific data sent from ‘Chandrayaan-1’.

An Isro scientist who did not want to be named said space faring nations don’t share scientific data on lunar heat and India had built the spacecraft based on book knowledge. “The second time, we will (be) better prepared," he said. India plans to send a lunar rover on its second mission in 2013, named ‘Chandrayaan-2’, with foreign instruments on board.

Mission 2047: How to bring Indian women into the workforce