New Delhi: In February 2010, between two months’ worth of “Your mummy so hungry" jokes, a group of advertising executives in Mumbai tweeted out a strange request.

“Hippo urge you to help Hippo fight hunger," went the Twitter feed of HelloMeHippo, set up to promote Parle Agro’s Hippo brand of chips. “Tell Hippo shop and area detail where Hippo not there. Hippo be there very, very soon." 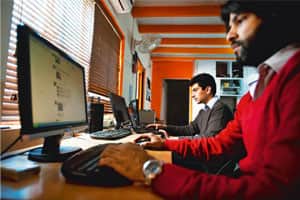 Within a few hours, stocks would be replenished. Soon, requests began to arrive from places Hippo hadn’t been launched yet, such as Nagpur. “We’d see a lot of activity from specific centres, so it actually helped us identify immediate new markets," Kurup says.

Twitter and social networking sites are the new frontiers for India’s digital advertisers, offering a field whose possibilities continue to surprise them. “Everything is so open, and so new. It’s a lot of fun," says Rajat Sachdeva of digital marketing firm Digivaasi, which ran the popular “1411" campaign for cellular firm Aircel’s “Save the Tigers" initiative.

Also Read The Future of the Internet (Complete Series)

“The segment is definitely growing fast," says Ashesh Jani, partner in Deloitte Haskins and Sells India, a consultancy. “The advantage is that spends are still low, but marketeers in tier I cities are seeing growing interest from online campaigns."

While television commercials and print ads remain the bread and butter of new campaigns, the Internet is moving beyond static websites (a fad in 2008-09) and establishing itself as a recognizable and, more importantly, measurable medium of reaching out.

From just another communication channel, Hippo’s Twitter feed turned into a mascot, a problem-solver and a bona fide meme—the Internet term for a “viral" phenomenon that spreads very fast through the Web. “What’s amazing about this exercise is that we have a clear correlation between social media and sales," says Kurup. “The fact that every stock tracking tweet we got can be directly attributed to the sales generated."

The problem of measurement has long hampered Internet advertising. Click-throughs (the number of times an Internet ad is clicked on) and page-views (the number of “hits" a page gets), long barometers of success online, are now seen as unreliable. But Twitter and Facebook allow measurements of something previously immeasurable: engagement.

“Websites are a thing of the past," says Max Hegerman, the India head of the digital marketing firm Tribal DDB. “They’re repositories, that’s all. With social media, you take a different approach to metrics. Clients still want to measure ‘activity’ and monetise it. They ask: ‘How many fans or followers do you have?’"

But fans and followers, says Hegerman, could always be bought or manufactured. “But we now have tools to measure activity and conversation. The ability to engage particular fans, the so-called ‘hyper-fans’—and then incentivize them to promote your brand."

An online campaign today consists of at least a Facebook page, a Twitter feed, and a campaign-specific microsite with some interactive elements. The combination is usually called a “viral".

At the Digivaasi office, accessible only via a dark, winding staircase, Sachdeva and creative director Prabhat Bhatnagar explains why that term is a misnomer. “It’s really used and abused, that term," Sachdeva says. “Virality is an end—you hope that something you create goes viral, not the other way around."

Rajinikanth walks towards his motorcycle, his boots shooting sparks with every step. Just as he gets on the bike and starts it, a fiercely mustachioed villain sneaks up on him, putting a gun to his back. Rajinikanth calmly draws his own weapon, fires forward, and revs his bike in chase of the bullet. The bewildered baddie can only watch as the bike overtakes the speeding bullet, skids to a halt in its path, positioned just so for the bullet to ram into the villain’s forehead. Rajinikanth 1, villain 0.

This is an animated video that has been watched more than a million times on YouTube; multiple copies of it exist on the site, the earliest dating back to August 2008. The video purports to be an advertisement for Castrol “Power1 Racing". Variations of the ad feature brands such as juice maker Tropicana and financial firm IDBI Wealth Insurance.

It’s a textbook viral video, but one whose original authorship is difficult to determine, since the brands themselves deny having anything to do with it.

“It’s not surprising," says Sachdeva. “It’s entirely possible the brands had nothing to do with it... Or maybe there are copyright issues." Sachdeva remembers a low-fidelity audio file, distributed via MMSes and cellphones about five years ago, featuring a monologue by a foul-mouthed mosquito that claimed to be a Mortein ad.

This uncertainty of authorship illustrates an interesting friction in the space in which virals operate. In the US, there’s a clear line of distinction between “organic" virals (from LOLcats to Star Wars Kid) and corporate-sponsored campaigns. Examples of the latter attempting to be the former, such as Sony’s Playstation Portable campaign, where advertisers pretended to run a fan-created website, are viewed with scepticism. Only a rare few succeed, such as the recent Old Spice viral campaign, where former American football player Isaiah Mustafa gave snappy answers to silly fan questions.

By contrast, most popular virals in India are corporate-backed, or appear to be—from Vodafone’s ZooZoos to Desimartini.com’s Makkad Man. “It’s always more interesting if a viral is attached to a brand," says Sachdeva. “People have their guards up, and it’s satisfying when you still manage to connect with them."

Both Sachdeva and Bhatnagar cite the Old Spice campaign as the gold standard on how to do virals right.

“What seems to work in India are little animations, and anything connected to Bollywood," says Bhatnagar. “We’re still years behind the West, and no definite patterns have emerged yet."

“We created a Facebook application called Hackerville, which allowed a user to play around with their friend’s status messages on the site," says Namrata Balwani, COO of Media2Win. “All you had to do was to select your friends and sit back and enjoy as Hackerville pretended to get work."

Hackerville then pulls a fast one, playing the status message prank on your profile instead of your friends’. It accesses the user’s profile during “the early hours of the day" and posts bizarre status messages to your wall. “After a couple of such bizarre updates, the final update reveals the prank and users received a message in their Facebook inbox gently warning them about the real dangers of the Internet and how anybody could be a victim of hacking / malware attacks / phishing." Cue pitch for the world’s “safest browser" and a download link for Internet Explorer 8.

Idea Mobile: "Walk When You Talk"

Tribal DDB’s online component to Idea’s “Walk When You Talk" campaign featured a virtual character, Zac, whose fitness becomes your responsibility. You added the Walk Facebook application to your profile, called the number mentioned, and directed Zac via aa voice recognition system. Once you’re done, the character responded to your actions on screen—a clever integration of mobile services into an interactive game.

“If something’s not compelling, people switch off," says Max Hegerman, president of Tribal DDB India. “With virals, the little things matter. We had leaderboards, high scores—an element of competition that created stickiness."