Are your cosmetics vegetarian? Disclosure to be mandatory soon

New Delhi: The government is all set to make it mandatory for companies manufacturing cosmetics to specify whether the product contains ingredients that are of animal origin. It is planning to amend the Drugs and Cosmetics Rules, 1945, for mandating that packages of cosmetics and toiletries such as shampoos, toothpastes and soaps should bear a red/brown dot for non-vegetarian origin and green dot for vegetarian.

The move has been backed by the department of consumer affairs, which in a recent representation to the ministry of health and family welfare asked the latter to make the declaration mandatory.

DTAB suggested “amendments to rules with respect to indication of red/brown or green dot on every package of soaps, shampoos, toothpaste and other cosmetics and toiletries for non vegetarian or vegetarian origin", said one of the persons cited above, requesting anonymity. 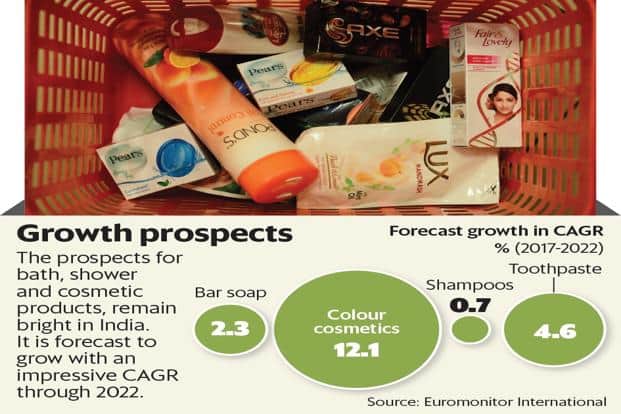 This is not the first time that the government has initiated such a proposal. In June 2014, the Legal Metrology (Packaged Commodities) Rules were amended by the consumer affairs department. The department came out with a notification making it compulsory for every package containing soap, shampoo, toothpaste and other cosmetics and toiletries to bear at the top of its principal display panel a red or a brown dot for products of non-vegetarian origin and a green dot for products of vegetarian origin.

The Indian Beauty and Hygiene Association (IBHA), an association of Indian soaps and toiletries makers, had challenged the notification in the Bombay High Court, contending that the rule is against the principles of natural justice. It had also argued that the issue comes under the Drugs and Cosmetics Act, rather than the metrology department.

The court had consequently put a stay on the order and had directed the metrology authorities not to take coercive action against the companies.

An email sent to IBHA did not elicit any response till press time.

According to one of the people cited above, women and child development minister and animal welfare activist Maneka Gandhi has been pushing these proposals. Earlier, the use of red, brown or green dots was even tried on capsules wherein it was proposed to replace widely-used animal parts-based gelatin capsules with those derived from cellulose. In 2014, the proposal of putting green dots on cellulose based capsules, marking them as vegetarian, was shot down by DTAB. A Supreme Court ruling had also concluded that it was not desirable to label lifesaving drugs as vegetarian or non-vegetarian in origin and it should be left to medical practitioners to decide what was appropriate for a patient.