Mumbai: Bankers are pushing the Reserve Bank of India (RBI) to allow them to change interest rates and repayment periods in bad loan resolution schemes including strategic debt restructuring (SDR) to implement them more effectively.

The talks with the central bank are going on, said two bankers with direct knowledge of the matter, even as the government is considering some “radical" proposals to resolve the Rs7 trillion of bad loans in the banking system.

Under SDR norms, which RBI released in June 2015, banks are allowed to refinance a loan only when they find a buyer for the 51% equity which the lending consortium holds. This refinancing is exempt from being treated as a restr­ucturing if the consortium provides against any diminution in fair value of the loan. A fall in fair value occurs if banks lower the interest rate or extend the repayment period. 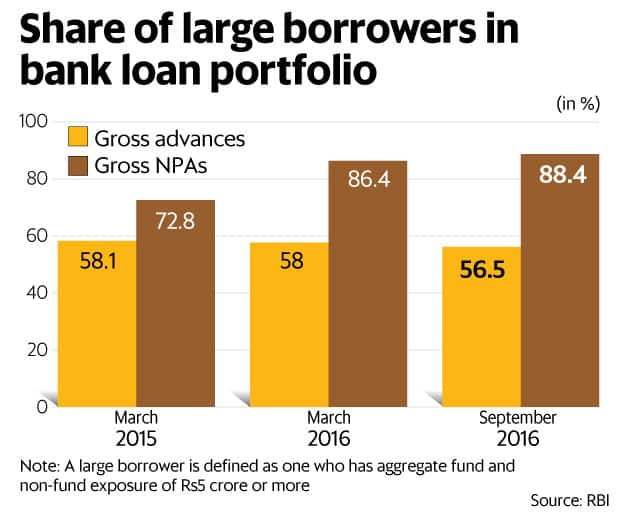 Similarly, in the scheme for sustainable structuring of stressed assets (S4A), RBI lets banks split the loan into sustainable and unsustainable halves. However, it forbids changes in the interest rate or tenure of the loan as a part of the resolution plan.

“If the borrower isn’t given some handholding in these terms, there is no hope for the company to turn around. We can understand it in cases where there has been misuse of the funds extended, but a large number of the borrowers are actually straightforward," said one of the bankers cited earlier, seeking anonymity as the talks are confidential.

Banks have declared some Rs70,000 crore worth of loans under SDR, according to Credit Suisse data. If buyers are not found for these assets over the next 12-18 months, they will attract further provisions, eroding bank profits.

“We have been asking the regulator to reconsider these points and allow us to change loan covenants," said the deputy managing director of a large state-owned bank, the second of the two bankers cited earlier. The person declined to be identified.

At a CNBC-TV18 event on Thursday, finance minister Arun Jaitley had said the government and RBI were working in tandem to create a radical proposal to tackle bad debt. He also talked about increasing the powers of the oversight committee to assess multiple bad loan resolution cases so bankers may go ahead with resolution plans without the fear of being harassed by state investigative agencies.

An oversight committee was originally created to look at S4A cases, so that a neutral party could assess whether all norms had been followed properly. This committee consists of former heads of state investigative agencies.

“The recent arrest of bankers by CBI has really rattled officials across public sector banks. The state has to ensure that bankers are not being hunted for genuine business decisions, else they will simply refuse to take any decisions in the first place," the second banker said.

At another event on Saturday, Jaitley said that bankers will “soon operate without any fear of future harassment should a commercial decision go wrong", the Business Standard newspaper reported.

On Sunday, the Press Trust of India reported the government policy, to be announced by the end of March or early April, will also have details of processes relating to haircuts and one-time settlements to be carried out by banks for faster resolution of high-value cases, citing an anonymous finance ministry official.

It added that joint lender forums will also be overhauled since they have become a delaying tool.