Bangalore: Fifteen years after setting up its India design centre that developed five generations of a leading digital signal processor for Analog Devices Inc., the Indian arm of the speciality semiconductor company is close to repeating the feat of driving a new technology from its Bangalore centre.

“Unlike many semiconductor companies, we at Analog believe in (regional) centres taking responsibility for a product family," said Jerald G. Fishman, president and chief executive of Analog Devices. “That concept is attractive to creative people."

On his first visit to India, Fishman said the India products development centre (IPDC) is poised to take ownership of yet another new product. Though he refused to elaborate on the specific technology that has been developed here, he said Indian engineers’ technical skills span a wide band—analog, digital signal processing and software. “This is unique compared to other centres," Fishman added.

Since 1995, when Analog started its India operation with a core focus on its Sharc (super Harvard architecture single-chip computer) digital signal processor design, the centre has delivered five generations of this processor that are targeted towards consumer audio applications, DVD players, home theatre equipment and in-car entertainment.

“Analog Devices India is one of the few (semiconductor) companies to be involved in all stages of product development—from concept to silicon to production," said S. Karthik, engineering director at IPDC. 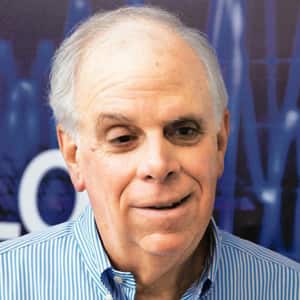 The 40-year-old Analog Devices, with $2.5 billion (Rs11,075 crore) in revenue, has had a mixed growth story. After a turbulent phase in the 1980s, the company managed a second coming of sorts when it built a tiny sensor that triggered an automobile airbag in case of an accident.

First commercialized in 1994, the sensor was the first automotive technology for Analog that not only drastically reduced the cost of an airbag system, but added a strong business segment to its technology portfolio.

Incidentally, in India it’s the automotive industry, along with healthcare, consumer and defence sectors that are the best bets for its low-cost, low-power conversion technologies.

Given the consumer electronics boom in India, Analog is counting on its most recent high-performance audio signal processing technology that is deployed in its new MEMS (micro-electro-mechanical systems) microphones that enable sophisticated audio functions for portable electronics.

But with the world going digital, does Analog see itself morphing in future?

“As long as the real world is analog and we need to measure signals like voice, video, image, pressure, temperature…and the laws of physics do not change, we will be in the analog business," said Fishman.