Who watched my cheese?

Who watched my cheese?

The Internet offers its users a unique invitation to build upon it, and India has taken up that invitation with gusto. But what makes the Internet unique? Think of the networks that came before.

Some were like broadcast television: You got a TV and tuned in to one of a handful of stations. Interactivity was limited to changing channels, and programmes came from select groups with the money and connections to develop professional content and persuade networks to air it. 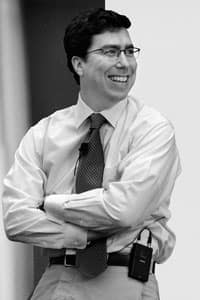 Other networks resembled the telephone: You were free to call whomever you wanted, but the farther away they were and the longer you talked, the more you paid. Interactivity was, quite simply, the conversation itself.

The first consumer computer networks were a combination of these two. Services such as CompuServe offered a main menu of curated news, sports and entertainment (like a collection of television channels) as well as email or instant messaging (communicating, as over a telephone).

With these first networks, owners and operators determined what you saw and how it worked. As a result, the networks were useful and valuable, but not capable of generating much surprise—or innovation.

Enter the Internet, which has grown from humble beginnings in academic and research circles. Its elegance lies in its simplicity. It takes data from one place to another, no questions asked—including who or where you are. Since these basic demographics remained largely unknown, Internet services could not be easily configured to charge more for communicating over longer distances, or for taking more time to send or receive information.

This simple design has had seismic economic and social consequences, hinted at by some of the more fanciful—or perhaps wasteful—Internet applications, such as the webcam trained on a wheel of Cheddar cheese in Somerset, England, with absolutely anyone invited to watch it ripen.

There are so many Internet users out there that chances are good that nearly someone, somewhere, will be interested. Also, it isn’t cost-prohibitive to keep the webcam trained on the Cheddar and let people from Ecuador, Norway or India all tune in simultaneously.

Also Read The Future of the Internet (Complete Series)

Entire industries can be built from such goofy beginnings. The same technology that enables free cheese-streaming makes it cost-effective to have pizza orders for a restaurant in Los Angeles taken live by someone in Delhi—with the information then zipping back to the US for fulfilment and delivery. The browser of someone viewing a website in Europe may be silently communicating with a server farm in India to fill in advertisements. The beauty of the Internet is that anyone with an idea can put it up and invite the world to try it out—without needing to negotiate a business development deal with the “Internet CEO".

What lies ahead? It’s now becoming possible to outsource the tiniest tasks to anonymous Internet users. We’re seeing the rise of so-called micro-labour crowdsourcing. For instance, London has the most closed-circuit television cameras per capita in the world, but not enough people to monitor them. Why not have someone in Ankara or Mumbai keeping an eye on the feeds, and pressing a button should he see a crime in progress?

Need a document translated from English to Hindi? Or a movie subtitled? Why not break them into one-sentence units and send each out for a single translation? Indeed, that way a movie can be subtitled in a fraction of the time it takes to watch it, since it turns into several thousand micro-translation tasks, all performed simultaneously.

Once translation can happen that quickly, one could imagine business meetings at which translations are near-automatic—each segment of conversation being passed off to one faraway translator or another, and the fragmentary nature of the tasks preserving the confidentiality of the conversation.

To be sure, there are worries about whether the Internet’s openness to such innovation will remain. As the network has become mainstream, its users have sought stability and predictability. This has led to a natural grouping of functionality under new corporate hosts.

The story that best illustrates this is that of Scrabulous. Two Indians came up with this wildly popular implementation of the classic Scrabble game. Scrabulous had a website, but few people went there to play it. Instead, they used the Scrabulous app on Facebook.

The makers of Scrabble were not consulted about Scrabulous, and they were not pleased with the competition. The law is genuinely unclear about whether game maker Hasbro had a legitimate legal claim—indeed, it wasn’t entirely clear under which law any dispute should be resolved. No matter: Hasboro complained to Facebook, which could pressure the makers of Scrabulous to change the game under threat of banning it entirely.

For those who worry about the untameable nature of the Internet, this may be a heartening story. The consolidation of activities under a comparative handful of online corporate platforms—a return, in a sense, of CompuServe—heralds a new era of regulability and surveillance.

Consider the recent dispute between the Indian government and Research In Motion (RIM), the makers of BlackBerry phones. The government could credibly threaten to pull RIM’s licence to operate; it seems now that an accommodation has been reached between the two. (We don’t know exactly what the accommodation is, since neither the government nor RIM is willing to talk about it.)

But as we come to use only a few families of smart appliances to access the Internet, visiting only a handful of websites to access a multitude of apps and content, the Internet may start to look more and more like the hidebound networks it once replaced.

Reflecting on what the Internet has enabled so far, I hope that doesn’t happen too soon. A little chaos and unpredictability may be a price worth paying for the amazing leap forward the Internet has catalysed for business, for education, and for society.

Jonathan Zittrain is a professor at Harvard Law School, a co-founder of the Berkman Center for Internet & Society, and the author of The Future of the Internet—And How to Stop it.