New Delhi: Drug makers may have to contribute medicines equivalent to at least 1% of their average profit in the past three years to create a medicine bank that will be used during public health emergencies in India or abroad, according to a government proposal.

The contributions, which will be considered part of the firms’ mandatory corporate social responsibility (CSR) activity, will be used to provide free medicines during a public health crisis in India or in a foreign nation, the health ministry’s proposal said.

While the contributions will be voluntary initially, the government is considering changes to the Drugs and Cosmetics Rules, 1945, to make it mandatory at a later stage. 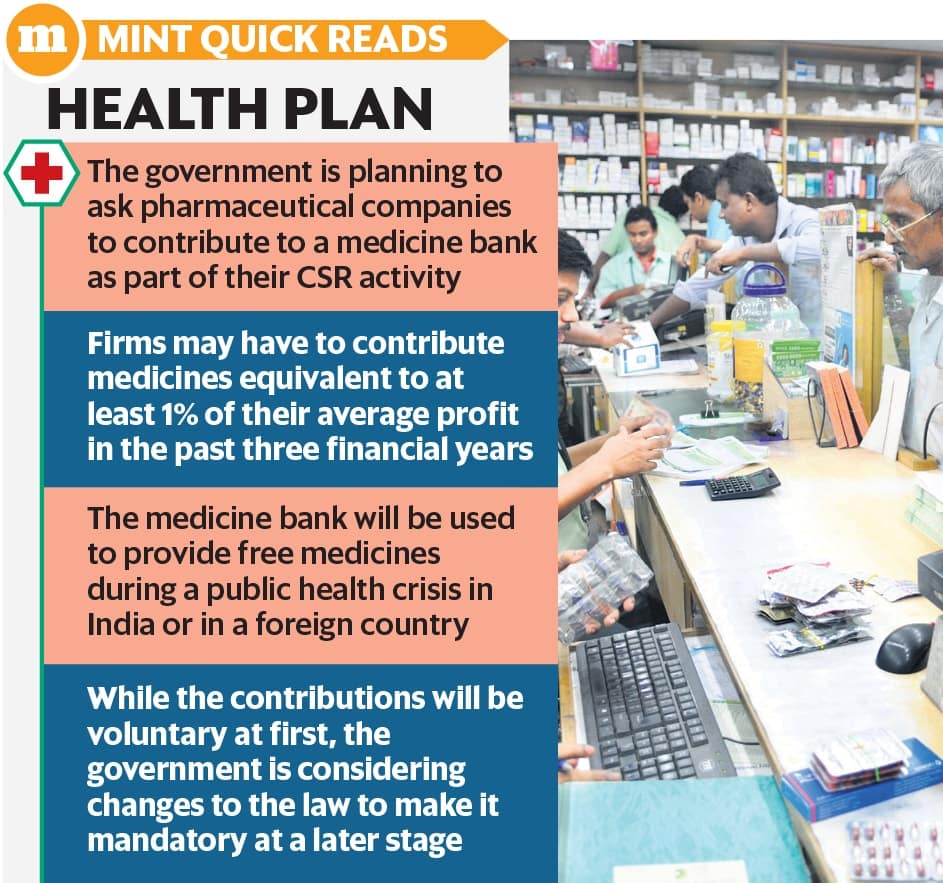 “The Drug Technical Advisory Board (at its 16 May meeting) decided that it should be left to companies to contribute on a voluntary basis but later, it will be made part of the rules, making it mandatory for the companies to share a part of their profit for a noble cause," said S. Eswara Reddy, Drug Controller General of India.

The latest proposal is among several measures through which the government has co-opted the private sector to deliver health care to its citizens. This time, the government has taken a step further in proposing to provide drugs in other countries also which are facing public health crises such as epidemics.

The health ministry will soon take up the matter with the law ministry to make necessary changes to the drugs and cosmetics rules.

“As long as it is out of the CSR provision, the industry would contribute happily as they would be saving lives of people," said D.G. Shah, secretary general of the Indian Pharmaceutical Alliance, which represents 20 of the country’s biggest drug makers.

CSR rules mandate companies with a net worth of more than Rs500 crore or revenue above Rs1,000 crore or net profit higher than Rs5 crore to spend 2% of their average profit in the last three years on social development-related activities.

The medicine bank, according to three health ministry officials aware of the matter, can be used in case of epidemics in other countries as well and will help improve India’s ties with these nations.

R.C. Juneja, chairman of Mankind Pharma Ltd, lauded the proposal. “We wholeheartedly welcome this move and endorse such a decision. It is a very good idea provided it is implemented properly".