Bangalore: Want to talk to that cousin in the US? Instead of picking up the phone, a lot of people are jumping on to the Internet to do that. And it isn’t just individuals—companies are doing it too.

As long as you have a broadband connection and are registered with one of the unlicensed foreign service providers such as Net2Phone, Vonage, Euros, Dialpad, Impetus, Novanet, Skype or Yahoo, anyone can do it for free. Except, there is one problem: This is an unlicensed service, being viewed as a national security threat by the department of telecommunictaions (DoT). 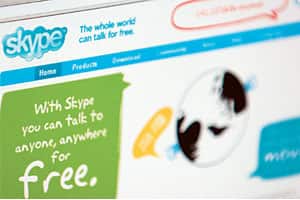 Net benefits: Licensed Indian ISPs offering Net telephony services have long been demanding a ban on the services of unlicensed foreign service providers such as Skype, saying they bypass the revenue sharing regime.

As per DoT regulation, all licensed service providers have to pay 12.5% service tax and 6% of revenue share to the government. This tax of 19% is being bypassed by the unlicensed ISPs.

“It is surprising why more is not being done as it is DoT and the government that are losing out on the licence fee and tax," said Jasjit Singh, managing director and chief executive, Net4 India Ltd, a licensed ISP.

“I don’t think DoT is doing enough while the sanctity of our licence is being violated. We are paying 20% more for complying with regulations and losing out business to the unlicensed players as their services are priced low or almost free," said Aditya Ahluwalia, chairman, World Phone Internet Services Pvt. Ltd, another licensed ISP in a January interview with Mint.

Internet telephony, or VOIP, is a two-way communication service wherein one can make voice calls through the Internet between two personal computers (PCs) within or outside India; or from a PC in India to a phone outside; or an IP- (Internet protocol) based connection to similar terminals of other ISP nodes within or outside India.

The grey market consists of unauthorized players who offer VOIP services through their websites or sell IP access devices, such as adaptors, to Internet users in India.

Last year, Trai had recommended DoT should urgently address the licensing, legal and technological issues arising from such services. As per Trai’s report in May 2007, only 32 of the 128 licensed Internet telephony service providers are in use. The regulatory body attributed this to the lack of viability due to the existence of unregistered Internet telephony providers.

The total minutes of usage (MoU) for Internet telephony during the quarter ended September were 129.43 million, compared with 112.26 million for the previous quarter, registering a rise of 15.29%, as per Trai’s latest report.

“Given that half the market is grabbed by unlicensed players, the total MoU could easily be 250 million," says Rajesh Chharia, president, ISP Association of India (Ispai).

In a bid to curtail illegal Net telephony, DoT has already set up 34 vigilance telecom monitoring (VTM) circles. The VTM cell carries out monitoring, inspections and regular visits to call centres and enterprises to check on usage of Net telephony. Recently, in December, DoT sent a notice to Bharti Airtel Ltd for allegedly setting up illegal Net telephony equipment at its Chennai data centre. VTM had found the network had an Internet private-leased line circuit that was connected with the Internet bandwidth within the same network, which is deemed illegal by DoT. Bharti Airtel has denied the allegation.

ISPs say the action is too limited when faced with large scale illegal usage of Net telephony. Ispai has been demanding the illegal players be brought under the tax net or not to impose heavy taxes on the domestic licensed players. It has sent out letters to DoT on several occasions but has got no response on the matter.

Considering that illegal VOIP call traffic is mostly generated in cyber cafés and small enterprises, Singh asks for more stringent action here by “DoT cracking down on a few operators in specific geographies in order to set an example."

Meanwhile, tired of waiting for government action, ISPs have decided to beat the unlicensed opponents by lowering their prices and strengthening retail presence.

The tariffs on services provided by PSUs such as Mahanagar Telephone Nigam Ltd and as proposed by Bharat Sanchar Nigam Ltd are as low as 10 paise per minute for PC-to-PC calls, while a call made from a PC to a landline or mobile abroad costs a little more than Re1 per minute.

Net4 launched the Re1-a- minute for VOIP calls in 40 countries a year ago. The move has resulted in a 30% growth of subscriber base. Net4 currently has 3,000 PCOs, or call shops, that are growing on an average of 27% in the last three years. Singh says Net4 serves more than 2,800 business VOIP customers, which have grown from 1,800 last year.

It serves home users through a network of distributors across 50 cities and is soon launching international calling packages at lower prices.

World Phone, too, followed suit and slashed its rates by 62.5% on some popular plans and by 50% on an average last September. This has led to a threefold increase in its customer base to 7,500. “The reduction in rate was offset by the growth of subscribers. We expect to close the current fiscal year with a 50% turnover growth compared with last year. We shall be spending more than Rs12 crore in advertising and marketing activities this year," Ahluwalia says.

It has tied up with retail chains such as the Mobile Store and more are in the offing. World Phone currently has about 26 franchisees spread over 14 cities and plans to expand to more than 26 cities by the year-end.

In January, it tied up with Citibank, wherein the bank’s credit card holders can buy World Phone equipment through on interest-free instalment scheme.