Thanks for Visiting Mint
You seem to have an Ad Blocker on. Please turn it off in order to continue, or whitelist Mint
HOW TO TURN OFF AD BLOCKER
OR
REFRESH IF YOU ALREADY TURNED OFF THE AD BLOCKER
Home >Industry >AOL says to sell 800 patents to Microsoft for $1.0 bn

New York: AOL announced Monday it would sell more than 800 patents to Microsoft and license more than 300 additional patents and patent applications for $1.056 billion in cash.

AOL, the troubled Internet pioneer, said the deal “unlocks value for shareholders and enables AOL to aggressively execute on our strategy to continue to create long-term shareholder value."

AOL said that after the deal is complete, it will continue to hold “a significant patent portfolio of over 300 patents and patent applications spanning core and strategic technologies, including advertising, search, content generation/management, social networking, mapping, multimedia/streaming, and security among others." 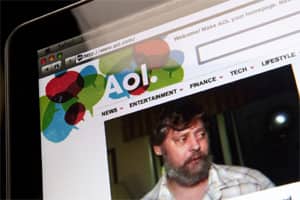 The patent sale includes stock in an AOL subsidiary on which AOL expects to record a loss for tax purposes and as a result, AOL will offset most taxes in the deal.

The company said it intends “to return a significant portion of the sale proceeds to shareholders and will determine the most efficient and effective method to do so prior to the closing of the transaction."

Earlier this year a US hedge fund with a large stake in AOL sought five seats on the board of directors and criticized the strategy of the current management for failing to deliver for shareholders.

AOL has been losing money since the collapse of its leadership as an Internet subscription service, and has been seeking to become a more diversified Web firm.

The company fused with news and entertainment giant Time Warner in 2001 at the height of the dotcom boom in what is seen as one of the most disastrous mergers ever. It was spun off by Time Warner in December 2009 into an independent company.