New Delhi: Demands of huge cuts in fuel prices by opposition parties could lead India into a debt trap, Union minister Arun Jaitley said on Monday, while responding to a statement by his predecessor, P. Chidambaram.

Last month, the senior Congress leader, who served as finance minister in the second term of the United Progressive Alliance (UPA) government at the Centre, had said that taxes on oil should be cut by ₹ 25 per litre. 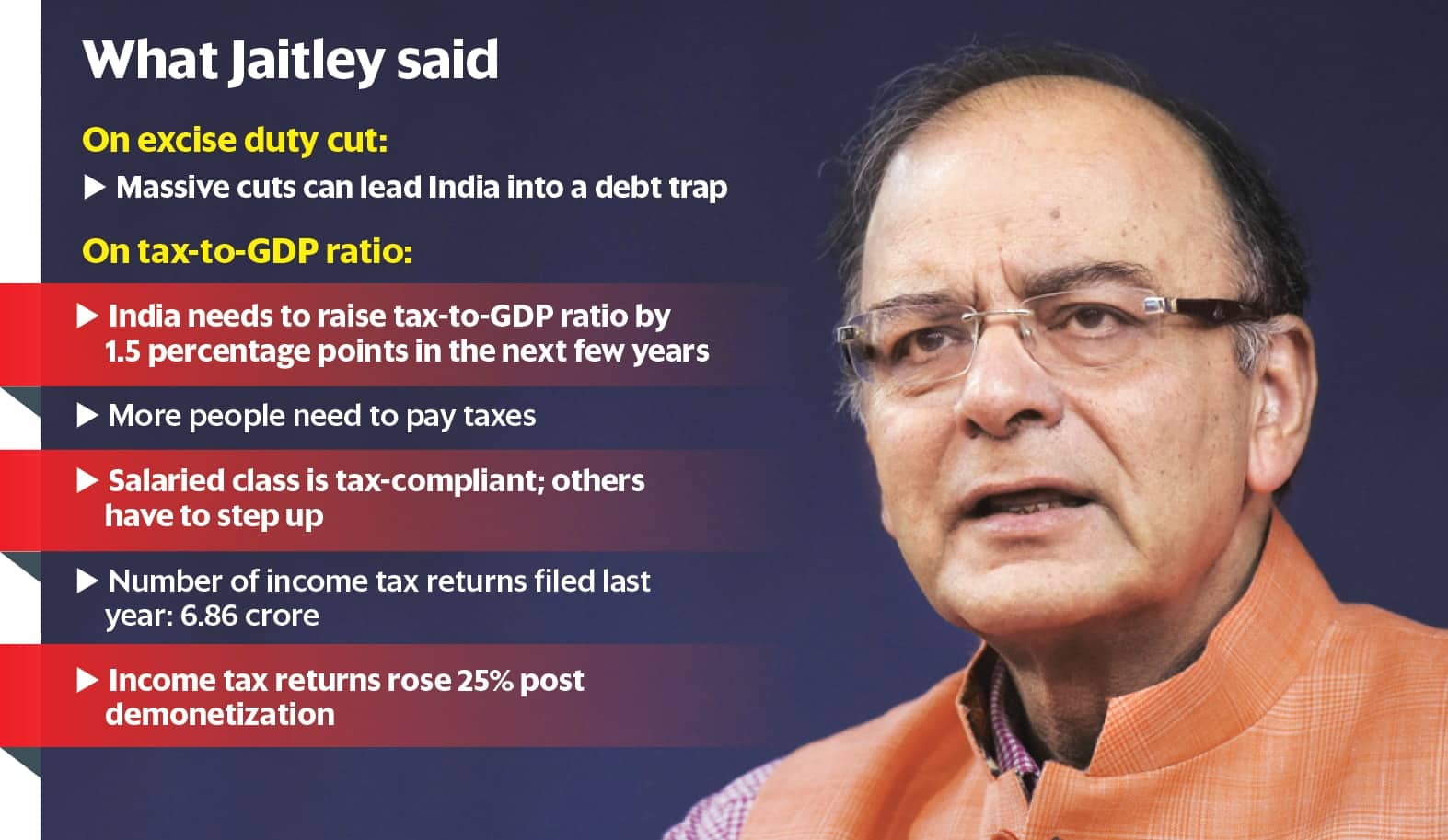 Jaitley’s statement effectively rules out tax cuts on petrol prices by the government, though it remains to be seen if it cuts excise duty on petroleum products marginally, if global crude prices start rising again.

The idea of big tax cuts is a “trap" suggestion, Jaitley wrote in a Facebook post. “It is intended to push India into an unmanageable debt, something which the UPA government left as its legacy," Jaitley wrote. “We must remember that the economy and the markets reward structural reforms, fiscal prudence and macroeconomic stability. They punish fiscal indiscipline and irresponsibility."

With global crude prices zooming, Chidambaram had criticised the National Democratic Alliance government for not reducing taxes on petroleum products to reduce the burden on consumers’ pockets.

Jaitley also asked citizens to pay their taxes honestly, emphasising the need to increase the tax-to-GDP ratio by another 1.5 percentage points over the next few years.

“The last four years have seen an improvement in the central government’s tax-GDP ratio from 10% to 11.5%... Almost half of this, 0.72% of GDP, accounts for an increase in non-oil tax-GDP ratio," Jaitley wrote. He added that despite higher compliances, India remains far from being a tax-compliant society.

“Salaried employees are one category of tax-compliant assessees," he said. “Most other sections still have to improve their track record. The Centre seeks to improve India’s tax-to-GDP ratio by another 1.5 percentage points... The increase must come from the non-oil segment since there is scope for improvement."