Where India stands on mobile and fixed broadband speeds

The Speedtest Global Index 2017 of mobile internet speeds shows that India is at 109th position with 8.8mbps downloading speed and 3.54mbps uploading speed

The Speedtest Global Index 2017 ranking of mobile internet speeds from around the world shows that India is at 109th position with 8.8mbps downloading speed and 3.54mbps uploading speed, which is far slower than the global average of 20.28mbps. According to the report, mobile internet speeds are the fastest in Norway at an average of 62.66mbps downloading speed. Among South Asian countries, Maldives ranks first but is at the 59th position in Global index. Bangladesh is at the bottom among South Asian nations. Fixed broadband has higher speed in India compared to mobile internet but it is less than half the speed of the global average of 40.11mbps. 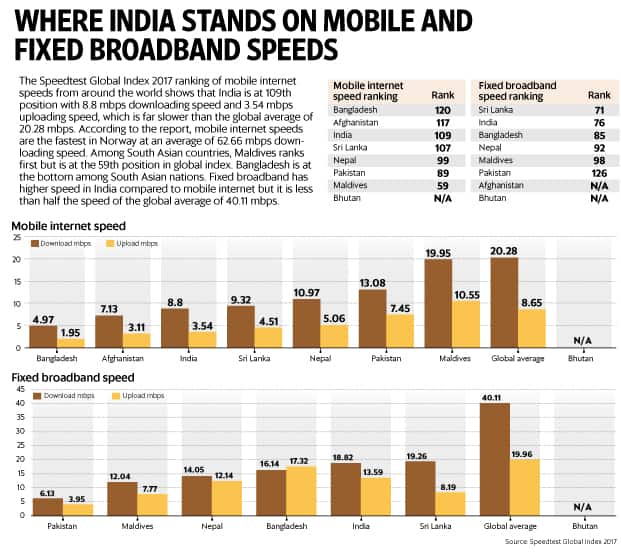