At 87% of the population, the smartphone penetration is the highest in Singapore and Hong Kong, followed by Malaysia (80%), Australia (75%) and China (71%)

Singapore: Smartphone penetration in the Asia-Pacific region has grown exponentially in recent years and, in a number of markets, is approaching saturation levels, says market research firm Nielsen Holdings NV. At 87% of the population, the smartphone penetration is the highest in Singapore and Hong Kong, followed by Malaysia (80%), Australia (75%) and China (71%), said a Nielsen report.

The increasing penetration of the smartphone is expanding the market opportunity for companies to engage with consumers in the Asia-Pacific. Mobile commerce is set to drive retail growth in a region where smartphone owners are relatively receptive to mobile advertising. 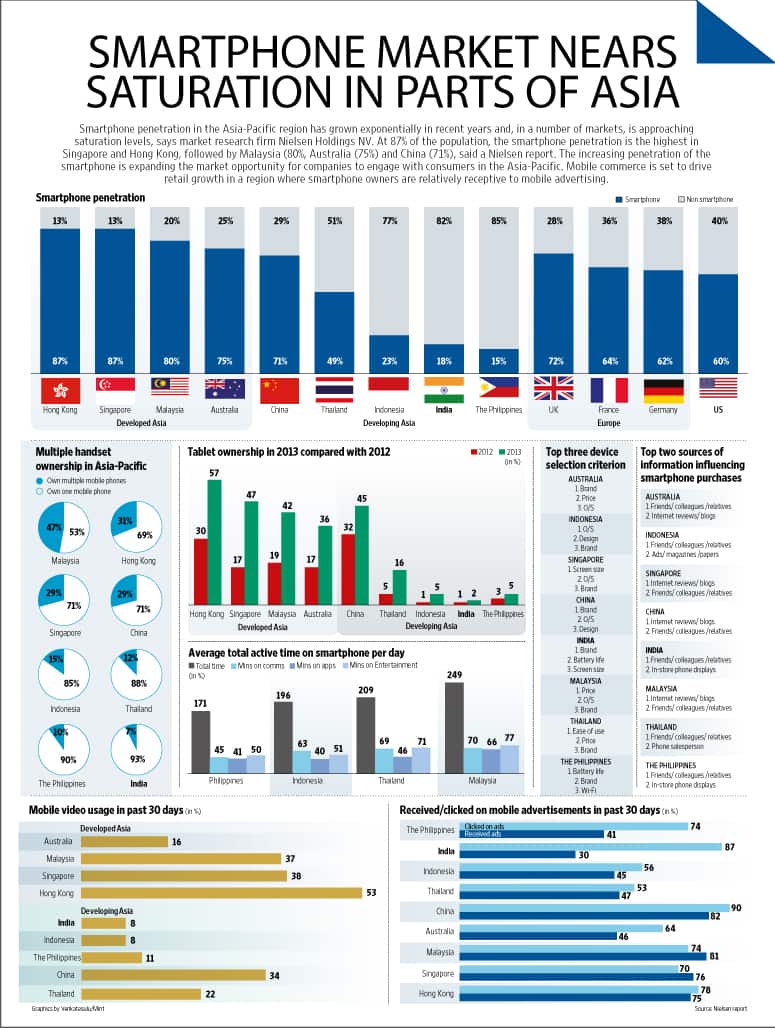 Across the region, brand ranks as the most common factor impacting choice of smartphone, according to the report. Operating system features are also an important selection criteria.

Word-of-mouth and social media play a significant role in influencing consumers’ choice of smartphone. Across Asia-Pacific, the majority of consumers list Internet reviews and blogs and referrals from friends, colleagues and family as the most common factors influencing their purchasing decisions.