Bangalore: The heavy brown cloud of soot that hangs over Indian Ocean and South Asia in winter, the source of which has been a matter of much debate, comes largely from the burning of organic matter rather than fossil fuel, a latest research has found.

In Friday’s issue of Science magazine, researchers from India, Sweden and the Maldives report that biomass combustion contributes 70% of the soot in the brown cloud as against some previous studies that claimed fossil fuels accounted for 50-90% of it. 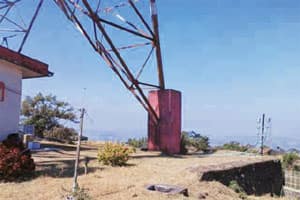 The research reinforces the need to mitigate biomass burning from sources such as firewood, cow dung and agricultural waste, says P.S.P. Rao, a scientist at IITM and co-author of the study. “Our efforts shouldn’t be limited to curbing car traffic and coal-fired power plant," he notes.

“This (finding) is consistent with our earlier work…which also attributed black carbon predominantly to biomass burning," says Chandra Venkataraman, chemical engineering professor at the Indian Institute of Technology, Bombay. She published her work in Science in 2005, where she used a different method based on measurements of chemical composition of particles and total emission in India from different biomass fuels.

It was in 1999 that a group of more than 200 Indian, American and European researchers first conducted the Indian Ocean experiment to reveal the so-called Asian brown cloud, or ABC, phenomenon, which has now been linked to climate change and monsoon patterns.

Since then, brown clouds have also been found in Europe, Africa, North and South America and the alphabet A now stands for atmospheric rather than Asian.

A global ABC project is underway. But the Asian brown cloud remains conspicuous due to the black carbon particles. While this should not distract from the need to mitigate greenhouse gases in the long-term, Venkataraman says its mitigation could yield important climate benefits.

Since the study has been conducted only at two places, experts say it should be tested at more sites. “If the results are confirmed, then policymakers must look for ways to reduce biomass burning," says J. Srinivasan, atmospheric science professor at the Indian Institute of Science at Bangalore.

But the question is: How can millions of households switch to a cleaner cooking fuel?

The answer needs to consider not just fuels but also advanced cooking technologies, says Venkataraman. “The development, manufacture and marketing of millions of solid biomass-fuel stoves is a challenge and an opportunity, which needs technology innovation, public-private partnership, business entrepreneurship and creative policymaking to come together."