New data suggests that web application attacks continued to rise significantly in the third quarter of 2017, with Germany having the largest number of attack traffic source IPs

New data suggests that web application attacks continued to rise significantly in the third quarter (Q3) of 2017, with Germany having the largest number of attack traffic source IPs. According to the State of Internet/Security report by Akamai, Q3 2017, the number of attacks was up 8% compared with previous quarter, but was down 3% year-on-year. In Q3, the top three attack vectors—paths a hacker uses to gain access to a computer or network server—used for distributed denial of service (DDoS) attacks were User Datagram Protocol (UDP) fragment, Network Time Protocol (NTP), Connection-less Lightweight Directory Access Protocol (CLDAP). The report notes that further evaluation of the Mirai botnet and WireX malware attacks suggests that attackers may leverage IoT and android devices to build future botnet armies. 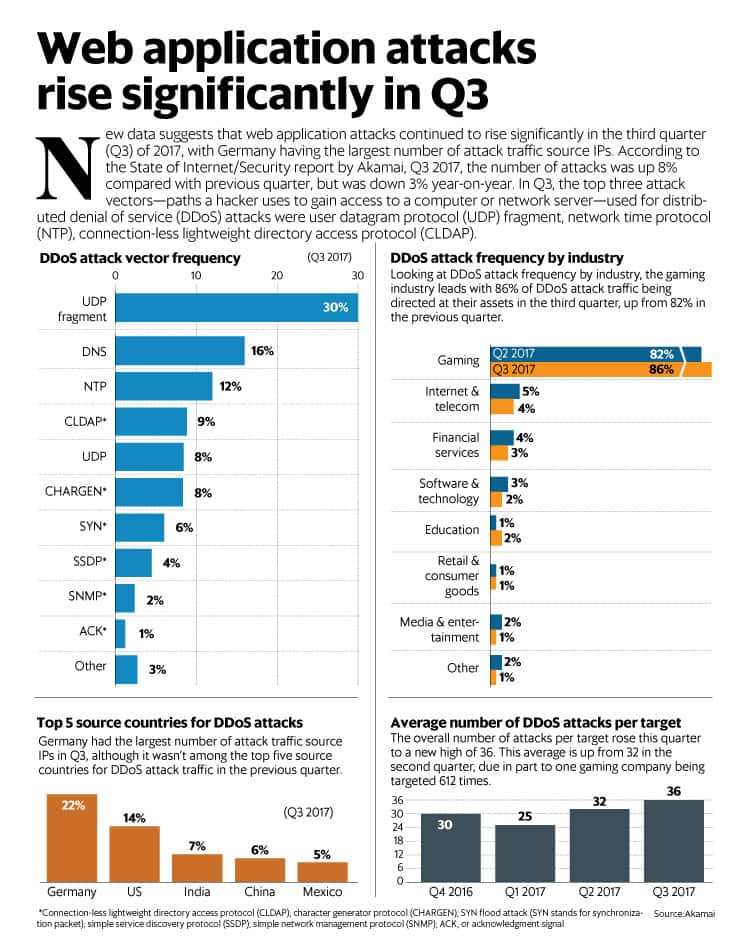